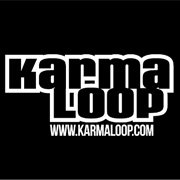 Karmaloop is a privately owned, internet-based retail store that specializes in streetwear. Headquartered in Boston, United States, Karmaloop was founded in the year 2000 by Greg Selkoe. Some of the most popular streetwear, footwear, and accessories brands sold at Karmaloop include 10 Deep, Adidas, Steve Madden, Pink Dolphin, Timberland, and Converse. In this post, I am going to introduce you to some of the best alternatives to Karmaloop. All of these stores offer streetwear, athletic shoes, and accessories of similar quality at comparable prices. Below is a list followed by some basic introduction and links to the official websites of Top 10 Stores Like Karmaloop.

DrJays is a popular American retailer that specializes in streetwear and American heritage clothing for men, women, and kids. Headquartered in New York, the first DrJays store was founded in the year 1975. DrJays started its eCommerce store in 2000. Presently, DrJays features over 20,000 styles from hundreds of world-famous brands.

Tillys is a publicly-traded American company that was founded in the year 1982. Headquartered in Irvine, California, Tillys operates over 200 retail stores across the United States. Like Karmaloop, Tillys is a very good place to buy clothing, backpacks, shoes, and accessories manufactured by your favorite brands.

Pacsun > #3, An Affordable Alternative to Karmaloop

Pacsun (originally Pacific Sunwear) is another affordable alternative to Karmaloop. Pacsun is famous for its unique range of casual clothing, inspired by the youth-oriented culture and lifestyle of California. Pacsun is a publically traded company that was founded in the year 1980. Presently, Pacsun employs over 10,300 people in some 650 retail stores across the United States and Puerto Rico.

Moose Limited is an American clothing retailer that specializes in streetwear, skate clothing, footwear, and accessories. Headquartered in Woodland Hills, California, Moose Limited was founded in the year 2004. Some of the most popular brands at Moose Limited include, Crooks & Castles, Calvin Klein, Clarks, Levi’s Jeans, Stussy, and Sneaker Lab.

6pm is an amazing eCommerce website that gives you the option to shop your favorite brands from the convenience of your home. A huge variety of footwear, bags, clothing and accessories for men, women, and kids ensures that 6pm has something for everyone. The most popular brands at 6pm include The North Face, Puma, Calvin Klein, Nike, and many others.

Zumiez > #6, One of The Best Streetwear & Athletic Shoe Stores

Express > #8, Recommended For Men & Women in Their Early Twenties

Express is a great place for young and fashion-forward men and women to buy almost every type of clothing, shoes, and fashion accessories. Presently, Express operates 550 retail stores across the United States and Canada. In addition to suiting, casualwear, swimsuits, and accessories, Express stores also offer unique gifts at affordable prices.

Journeys > #9, A Great Footwear Store for The Whole Family

Journeys is an American chain of retail stores that primarily sells footwear for men, women, kids, boys, and girls. Headquartered in Nashville, Tennessee, the first Journeys store was founded in the year 1986. In addition to shoes, Journeys stores also sell a collection of clothing and accessories e.g. watches, wallets, backpacks hats, and belts.

By retail sales, Kohl’s is the second-largest chain of department stores and a publicly-traded company in the United States. Kohl’s was founded in the year 1962. The company offers a huge range of clothing, footwear, bedding, furniture, jewelry, cosmetics, electronics, and housewares in some 1100 stores across the country. Headquartered in Menomonee, Wisconsin, Kohl’s Stores generated over 20 billion US Dollars in annual sales in the year 2015.