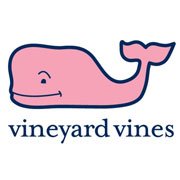 Vineyard Vines is one of the most popular American brands that specialize in Preppy Clothing for men, women, boys and girls. Headquartered in Stamford, Connecticut, Vineyard Vines was founded by two outdoor recreation enthusiasts (and real brothers) Shep and Ian Murray in the year 1998. In this post, I am going to introduce you to some of the best alternatives to Vineyard Vines. All of these stores offer classic dresses, sport shirts, sweaters, polos, silk ties and many other products of comparable quality. But the good news is, many of these brands are cheaper than Vineyard Vines. Below is a list followed by some basic introduction and links to the official websites of Top 10 Stores Like Vineyard Vines.

Southern Tide specializes in classic coastal clothing. Headquartered in Greenville, South Carolina, Southern Tide was founded in the year 2006. Presently, Southern Tide owns and operates around 850 retail clothing stores across the United States. Southern Tide can serve you as a great alternative to shop almost everything that Vineyard Vines has to offer. For a limited time, the company is offering free shipping and free returns on all orders above $99.

Ivory Ella > #2, Good Clothes For A Great Cause

There are several reasons to recommend Ivory Ella as an alternative to Vineyard Vines. When you buy anything from the official website of Ivory Ella, a major portion of the profits goes to Save The Elephants, a non-profit organization that is working day and night to sustain elephant population. Some of the most popular product categories at Ivory Ella include long & short sleeve tops, bottoms and accessories like jewelry and hats.

J Crew is one of the major American retailers that offer premium quality clothing, footwear and accessories for men, women and kids. J Crew was founded in the year 1983 by Emily Scott. The headquarter of J Crew is located in New York, United States. The price range of clothing and footwear at J Crew is similar Vineyard Vines. But I assure you, the quality of stuff at J Crew will never disappoint you.

GAP > #6, The Comfiest Clothing Brand In The United States

Lands’ End can be another great alternative to Vineyard Vines to buy premium quality casual clothing for men, women and kids. Some of the other popular categories at Lands’ End include home decor, beach towels, hats and school uniforms. Headquartered in Dodgeville, Wisconsin, United States, Lands’ End was founded the year 1963. In addition to the US stores, Lands’ End also operates several retail outlets across the United Kingdom, Germany, Japan, France and Austria.

Lululemon (originally Lululemon Athletica) is a publically traded company that was founded in the year 1998. Headquartered in Vancouver, British Columbia, Canada, Lululemon is a great alternative to Vineyard Vines to buy athletic apparel and accessories. Last year, Lululemon Athletica generated over 2 billion American Dollars in revenue.