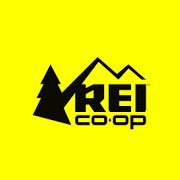 REI is short for Recreational Equipment Inc. REI is a chain of retail stores in the United States that specializes in outdoor recreation gear, sporting goods and outdoor clothing. REI was founded in the year 1938. Headquartered in Kent, Washington, REI presently operates almost 150 retail stores across the United States. In the year 2015, REI Stores generated over 2.4 billion American Dollars in revenue. In this post I’m going to introduce you to Top 10 sporting goods stores like REI that sell similar brands. Some of these stores are cheaper while prices at other stores are comparable to REI.

Backcountry is another popular online retailer and a good alternative to REI Stores to buy clothing and outdoor recreation gear for camping, rock climbing, ice climbing and biking etc. Headquartered in the Park City, Utah, Backcountry was founded in the year 1996 by Jim Holland. Backcountry showcases clothing and outdoor equipment from over 1000 top US brands including Levi’s, Columbia, Patagonia, Nike and many others.

Campmor > #3, The Quickest Link to The Outdoors

Campmor is a privately owned, Mahwa, New Jersey based company that sells outdoor gear, tents, sleeping bags, outdoor clothing and shoes. In addition to its in-house products, Campmor showcases many other popular brands including Coleman, Columbia, Marmot, Merrell, Oakley, Patagonia, Spyder and many others. The company’s ecommerce store gives you the option to shop from the convenience of your home. Campmor was founded in the year 1978.

Kelty > #4, Gear for Any Outdoor Adventure

Kelty is a good alternative to REI Stores to buy high-end backpacks, tents and sleeping bags. The company was founded by Asher Kelty in the year 1919. Presently, Kelty is fully owned and operated by the Exxel Outdoors, LLC. Some of the most popular product categories at Kelty Stores include Camp Furniture, Shade & Shelter, Trekking Poles and Flashback Lighting.

If you are looking for a good alternative to REI Stores that sells fine-quality hunting, shooting, fishing, camping and outdoor gear, Cabela’s is highly recommended for you. Cabela’s is a Sidney, Nebraska based chain of retail stores that operates over 60 outlets across the United States. In the year 2015 alone, Cabela’s generated more than 4 billion US Dollars in revenue.

Sports Authority is one of the major retailers of sporting goods in the United States. Sports Authority features clothing, footwear, accessories and outdoor gear from top 100 brands. Some of the famous brands at Sports Authority include Adidas, Brooks, Bushnell, Coleman, Merrell, The North Face and many more. Headquartered in Englewood, Colorado, Sports Authority was founded in the year 1928. Presently, the company operates over 450 stores across the country.

The wide selection of fishing, camping, hunting and gear makes Bass Pro Shops a good alternative to REI Stores. Bass Pro Shops was founded in the year 1971 and the headquarter of the company is located in Springfield, Missouri. Presently, the company employs over 20000 people. In the year 2015, Bass Pro Shops generated over 4.5 billion USD in revenue.

On April 16th, 2016 Sport Chalet began the process of closing all of its stores and stopped selling merchandise online.

Have you already tried one or more of these REI alternatives? How likely is it that you would recommend that store to the readers of this post? Do you know about some other sporting goods stores like REI that are not included in this list? Please let me know in the comments area below this post.