10 Stores Like Nordstrom To Shop Upscale Fashion For Less 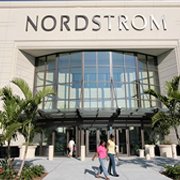 Nordstrom is a publically traded company that operates a famous flash sale website HauteLook and a popular chain of upscale clothing stores. Headquartered in Seattle, Washington, United States, Nordstrom was founded by John W. Nordstrom in the year 1901. Some of the top selling brands at Nordstrom stores include Burberry, Eileen Fisher, Free People, Nike & UGG. In this post, I am going to introduce you to some Nordstrom alternatives that offer similar quality clothing, footwear & accessories. The good thing is, most of these stores are cheaper. Keep reading to discover Top 10 clothing stores like Nordstrom.

J Crew is one of the major American retailers that offer premium quality clothing, footwear and accessories for men, women and kids. J Crew was founded in the year 1983 by Emily Scott. The headquarter of J Crew is located in New York, United States. J Crew is not a cheap alternative to Nordstrom. But I assure you, you will love the quality of stuff offered at J Crew Stores.

Topshop is a London, United Kingdom based fashion retailer that specializes in clothing, footwear, cosmetics and accessories for women. Presently, Topshop operates some 500 retail stores in several countries across the world. Founded in the year 1964, Topshop is fully owned and operated by the Arcadia Group. The huge collection of over 850 famous brands offered at Topshop makes it a great alternative to Nordstrom.

True Religion is a privately owned, California based, very famous American Clothing company that was founded by Jeff Lubell in the year 2002. True Religion is primarily known for its high-quality jeans, but company also offers a wide range of casual clothing and accessories for men, women and kids. The price range at True Religion stores is comparable to Nordstrom, but the quality of stuff is excellent.

Anthropologie > #7, Dresses for Women for All Occasions

Anthropologie is a subsidiary of Urban Outfitters that was founded in the year 1992. Headquartered in Philadelphia, Pennsylvania, Anthropologie is famous for its curated assortment of dresses and fashion accessories for women that makes it a good alternative to Nordstrom. Anthropologie also offers a huge variety of products for home furnishing and décor.

Banana Republic > #8, Free Shipping Across The US

Forever 21 is another famous chain of retail stores and an affordable alternative to Nordstrom to buy trendy clothing, accessories and footwear for men and women. Forever 21 was founded in the year 1984 by Don Won Chang. In the year 2015, Forever 21 generated over 4.4 billion USD in annual sales.

Ralph Lauren is the last entry on my today’s post as a Nordstrom equivalent. Ralph Lauren is famous for its luxury apparel, fragrances and accessories for men, women and kids. The company also offers a wide range of high-quality home furnishing products. Ralph Lauren Corporation is a New York, United States based, publically traded business that was founded in the year 1967.

Have you already tried one or more of these similar clothing stores? Have you tried some other stores like Nordstrom that you would like to recommend to the audience of this page? Please share your experience in the comments section.