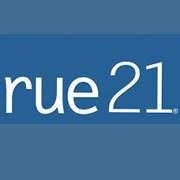 Rue 21 is a Pennsylvania based and privately owned American specialty retailer that was founded in the year 1976. “Rue” is a French word that means “Street”. Clothes at Rue 21 are designed for teenagers and adults who want to look and feel 21. Presently, Rue 21 operates over 1200 retail outlets across the United States. In the year 2014, Rue 21 crossed USD 1 billion in revenue. If you are a Rue 21 customer I hope, you’ll be interested in some other alternatives. In this post I’m going to introduce you to the top 10 similar clothing stores like Rue 21.

As the name “Forever 21” suggests, clothing and accessories sold at Forever 21 stores are designed with the same audience as Rue 21 in mind. Headquartered in Los Angeles, Forever 21 was founded by a South Korean couple in the year 1984. Popular for its comprehensive and very affordable variety of trendy clothing, Forever 21 generated over 4.4 billion American Dollars in revenue in the year 2015.

Aéropostale is a publically traded company that operates over 1000 clothing stores across the United States, Canada, Puerto Rico, Latin America, Middle East, Asia and Europe. Aéropostale has a very strong control over its proprietary brands and it designs, sources, markets and sells its own merchandise. The quality of stuff and prices at Aéropostale stores is comparable to Rue 21. The first ever Aéropostale Store was opened in the year1973.

Like Rue 21, Charlotte Russe is another clothing store that is named after a French Dessert. Founded in the year 1975 by Daniel Lawrence, Charlotte Russe is a popular alternative to Rue 21 for teenage girls and young women. The company offers a great collection of clothing, footwear, jewelry and other accessories through its 560 retail outlets.

H&M is not actually a direct competitor to Rue 21, but you can find pretty much everything at H&M that Rue 21 has to offer. H&M is the 2nd largest clothing retailer on the planet. While the quality of stuff at both stores is almost similar, but H&M is cheaper than Rue 21. Presently, H&M operates over 3700 retail outlets in 61 stores.

The first ever Zumiez store was founded by Tom Campion in the year 1978. Today, Zumiez is a publically traded company that owns and operates over 500 retail clothing stores across the United States and Canada. Zumiez is a great place to buy clothing and gear for skaters, snowboarders and surfers.

Headquartered in Framingham, Massachusetts, United States, T J Maxx is another major clothing retailer in the country. T. J. Maxx offers a huge collection of clothing, shoes and accessories for men, women and kids through its more than 1200 retail outlets. Additionally, you can also find an impressive variety of bedding, furniture and giftware at T J Maxx Stores.

Claire’s is not actually a clothing retailer, but it can be a great alternative to Rue 21 to buy Jewelry and Accessories specially for teenage girls and women in their early twenties. Claire’s employs over 18000 people in almost 3500 retail stores in 36 countries worldwide. If you are looking for a good place to buy beautiful and affordable Jewelry, I strongly recommend that you take a look over Claire’s collection.

Headquartered in Anaheim, California, Pacific Sunwear (or PacSun) is a publically traded company that operates over 800 retail clothing stores in the United States. Pacsun was founded in the year 1980. The quality and prices of clothing, footwear and accessories sold by the Pacsun Stores is comparable to Rue 21.

Wet Seal is a Foothill Ranch, California based chain of clothing stores that specializes in clothing and accessories designed for young women. Wet Seal was founded in the year 1962. The most popular product categories at Wet Seal include Dresses, Jeans, Shoes, Jackets and Intimates. The price range at Wet Seal is comparable to Rue 21.

Have you already been a customer of one or more of these clothing stores? Do you know about some other good stores like Rue 21? Please let us know about your (good or bad) online shopping experience in the comments section below.