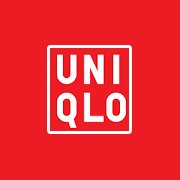 Uniqlo is a Japanese clothing company that is wholly owned and operated by Fast Retailing Co., Ltd. Founded in the year 1949, presently, Uniqlo Stores are being operated in 14 countries around the world. Uniqlo has a state-of-the-art system to design, manufacture and market its products. Uniqlo Stores offer a comprehensive range of casual clothing for men, women and kids. In this post, I am going to introduce you to some other similar clothing retailers. All of these clothing stores sell stuff at comparable or low prices. Below is a list followed by some basic information and web addresses of Top 10 Stores Like Uniqlo.

H&M is the second largest clothing retailer on the planet and one of the cheapest alternatives to Uniqlo Stores. Headquartered in Stockholm, Sweden, H&M was founded in the year 1947. Presently, H&M operates over 3700 retail stores in 60 countries. In the year 2015, H&M generated almost 170 billion SEK in revenue.

Zara is a subsidiary of the Inditex business group of Spain. Inditex is the world’s biggest fashion group that runs over 6600 clothing stores across the globe. Zara was founded in the year 1974. The company specializes in trendy clothing, footwear and accessories for men, women and kids. The quality of stuff and price range at Zara Stores is comparable to Uniqlo.

J Crew is one of the major American retailers that offer premium quality clothing, footwear and accessories for men, women and kids. J Crew was founded in the year 1983 by Emily Scott. The headquarter of J Crew is located in New York, United States. In some cases, the price range at J Crew might be a bit higher than Uniqlo. But I assure you, the quality of stuff at J Crew will never disappoint you.

Old Navy is one of my favorite retailers of clothing and accessories for men, women, girls, boys, kids and toddlers. In other words, this Uniqlo alternative is a GOTO place to shop clothing and footwear for the whole family. The company is owned by world-famous GAP Inc. Old Navy is the first American Retailer to cross USD 1 billion in revenue within 4 years after the launch.

Topshop is a London, United Kingdom based fashion retailer that specializes in clothing, footwear, cosmetics and accessories for women. Presently, Topshop operates some 500 retail stores in several countries across the world. Founded in the year 1964, Topshop is fully owned and operated by the Arcadia Group. If you are not too price-conscious, Topshop can be a good alternative to Uniqlo Stores for you.

Pull & Bear is a famous Spanish chain of clothing stores that specializes in casual clothing, formal dressing, footwear and fashion accessories for men and women. Pull & Bear is owned and operated by Inditex, the biggest fashion group in the world. Presently, Pull & Bear has almost 900 retail stores in several countries across the globe. In the year 2015, Pull & Bear generated 1.5 billion US Dollars in revenue.

I am an existing customer and I love Uniqlo. But it is always a good idea to keep an eye on alternative options. Have you already tried any of these similar stores? Please share your experience. Moreover, if you know about some other good quality stores like Uniqlo, please share in the comments section below this post.