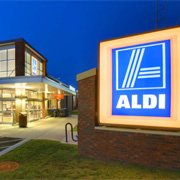 Aldi is a world-famous network of discount supermarkets that sell a massive number of grocery products under several categories. The first-ever Aldi Store was opened in the year 1913 in Essen, Germany. Presently, Aldi operates more than 10,000 stores in 20 countries across Europe, the Americas & Oceania. In this post, you are going to read about some of the best alternatives to Aldi. All of these stores offer similar quality grocery products at comparable or low prices. Below is a list, followed by some basic introduction and links to the official websites of Top 10 Grocery Stores like Aldi.

Lidl is a world-famous German chain of discount supermarkets. Headquartered in Neckarsulm, Lidl was originally founded in the year 1930. Presently, Lidl is a wholly owned subsidiary of The Schwarz Gruppe. Lidl has over 10000 stores across Europe. Last year, Lidl stores generated almost 70 billion American Dollars in revenue. Lidl stores sell almost everything you can find at Aldi.

Trader Joe’s is a chain of grocery stores that was originally founded in the year 1958. Presently, Trader Joe’s operates over 460 retail stores across the United States. Trader Joe’s is a good place to buy private label staple foods, organic foods and specialty products. Last year, Trader Joe’s generated over 9 billion Dollars in revenue.

Save-A-Lot is one of the major American chains of discount supermarkets. Headquartered in Earth City, Missouri, the first ever Save-A-Lot store was launched in the year 1977. Presently, Save-A-Lot operates almost 1300 stores across the United States. In many cases, Save-A-Lot can be a cheaper alternative to Aldi to buy bakery, dairy, deli, frozen foods, general grocery, meat, snacks and seafood.

Whole Foods Market > #6, One Of The Best Places To Buy Organic Food

Whole Foods is a publicly traded company that is famous for its offerings of foods without artificial preservatives, hydrogenated fats, colors or artificial flavors. Headquartered in Austin, Texas, Whole Foods operates more than 450 retail stores across the United States. Presently, Whole Foods is one of the top 30 American retailers.

Netto > #7, A Danish Alternative To Aldi

Netto is a privately owned, Danish chain of discount supermarkets. Presently, Netto is owned and operated by Dansk Supermarked Group. Headquartered in Copenhagen, Denmark, the first Netto Store was founded in the year 1981. Presently, Netto operates more than 1300 stores across Europe and a full-featured eCommerce website.

Morrisons > #8, The 4th Largest Chain Of Discount Supermarkets in UK

Morrisons is a publicly traded British company that owns and operates the 4th largest chain of discount supermarkets in the country. Headquartered in Bradford, West Yorkshire, Morrisons was founded in the year 1899. Presently, Morrisons has almost 600 stores in the United Kingdom. Last year, Morrisons Stores generated 22 billion US Dollars in revenue.

ASDA (or Asda Stores Limited) can be another very good alternative to Aldi. Asda is a British chain of discount supermarkets that is wholly owned by the Retail Giant – Walmart. Headquartered in Leeds, West Yorkshire, Asda was founded in the year 1949. Presently, Asda has 630 stores across the country.