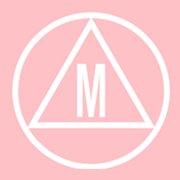 Missguided is an online fashion brand that is famous for its unique offerings of trendy dresses, shoes and accessories for women. The company heavily rely on customer feedback to create new and improve existing products. founded in the year 2008, Missguided in operated by a dedicated team of passionate and mindful fashion fanatics. While Missguided is a good online store to buy clothing for women, I hope you might be interested in some other similar stores. Below is a list followed by some basic introduction and web links to top 10 clothing stores like Missguided.

Boohoo is a world famous online fashion retailer that specializes in trendy outfits, stylish footwear and fashion accessories for teenagers and young men and women. Boohoo is a good alternative to Missguided because of its comprehensive collection of latest fashion clothing. The company launches over 100 new designs DAILY, offering a perfect combination of style and economy to its global audience.

Topshop is a London, United Kingdom based fashion retailer that specializes in clothing, footwear, cosmetics and accessories for women. Presently, Topshop operates some 500 retail stores in several countries across the world. Founded in the year 1964, Topshop is fully owned and operated by the Arcadia Group. If you are not too price-conscious, Topshop can be a good alternative to Missguided for you.

Asos is one of the major online retailers of fashion and beauty products. Headquartered in London, United Kingdom, Asos was founded by Nick Robertson in the month of June 2000. A collection of over 850 world-famous brands makes Asos a great alternative to Missguided. In the year 2015, Asos generated more than 1.6 billion American Dollars in annual sales.

River Island is a family-owned business and a famous high-street fashion brand that was founded in the year 1948. River Island specializes in upscale fashion clothing for men, women, boys and girls. It can be a good alternative to Missguided for customers who always demand something unique. Some of the most popular product categories at River Island stores include Dresses, Beachwear, Shoes, Sunglasses and Luggage. The headquarter of River Island is located in London, United Kingdom.

Charlotte Russe is another great alternative to Missguided for teenage girls and women in their early twenties. Founded by Daniel Lawrence in the year 1975, Charlotte Russe is named after a famous French dessert. The most popular product categories at Charlotte Russe include Dresses, Tops, Jeans, Bottom, Lingerie and Swimwear.

In addition to being a Missguided alternative, Amiclubwear is the hottest and cheapest, United states based fashion retailer for women. Honestly, if you know about a clothing, footwear and accessories retailer that offers similar quality products at cheaper prices, please let me know about that in the comments section below this post. Headquartered in California, Amiclubwear was founded in the year 2004.

Modcloth is a San Francisco, California based online retailer of vintage-inspired clothing and accessories for women. Modcloth was founded by Eric Koger in the year 2002. In the year 2015, Modcloth generated over 200 million Dollars in annual sales. If you are interested in a Missguided alternative that offers unique designs, take a look over the collection offered by Modcloth.

Have you ever purchased a dress or something from any of these similar stores? I would love to hear about your personal shopping experience. Moreover, please do not forget to share if you know about some other good stores like Missguided.