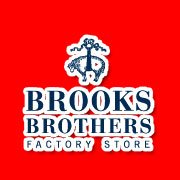 Charles Tyrwhitt was founded in the year 1986. The company is a privately owned retail business that specializes in Formal Shirts for men, Suits, Knitwear, fine-quality footwear and accessories. In recent years Charles Tyrwhitt has also added a full line of casual clothing for women to its portfolio. The price range and quality of stuff at Charles Tyrwhitt is comparable to Brooks Brother.

Press is a famous clothier for men in the United States. The company was founded in the year 1902 and presently, J. Press is headquartered in New York. J. Press is the first American brand to be licensed in Japan. If you are looking for an alternative to Brooks Brothers that specializes in high quality formal-wear, I’m sure you’ll fall in love with J. Press.

J Crew is one of the major American retailers that offer premium quality clothing, footwear and accessories for men, women and kids. J Crew was founded in the year 1983 by Emily Scott. The headquarter of J Crew is located in New York, United States. The price range of clothing and footwear at this store makes it cheaper than Brooks Brothers. But I assure you, the quality of stuff at J Crew will never disappoint you.

Lands’ End is a great alternative to Brooks Brothers that specializes in clothing and shoes for men, women and kids. Some of the other popular categories at Lands’ End include home decor, beach towels, hats and school uniforms. Headquartered in Dodgeville, Wisconsin, United States, Lands’ End was founded the year 1963. In addition to the US stores, Lands’ End also operates several retail outlets across the United Kingdom, Germany, Japan, France and Austria.

If you are looking for a high-quality alternative to Brooks Brothers that specializes in formal wear for men and boys, take a look over Hickey Freeman. The company is a New York based, privately owned business that was founded in the year 1899. Hickey Freeman is known to be one of the best manufacturers of suits, sport coats and formal trousers in the United States.

Have you ever tried any of these Brooks Brothers alternatives? Or do you know about some other brands or clothing stores like Brooks Brothers? Please share your experience in the comments section below this post.