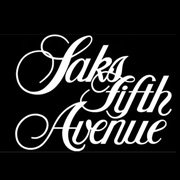 Saks Fifth Avenue is a very popular American chain of upscale department stores. The first Saks store was opened in the year 1898. Presently, Saks Fifth Avenue is headquartered in the New York city and is owned and operated by The Hudson’s Bay Company. Saks Stores are famous for their beautiful selection of world-famous designer labels in clothing, shoes, handbags and other leather goods. In this post, I’m going to share some of the best alternative stores like Saks Fifth Avenue. All of these department stores sell similar brands at comparable or low prices.

Bloomingdale’s is a wholly-owned subsidiary of Macy’s Inc. and it was originally founded in the year 1861. Headquartered in New York City, Bloomingdale’s operates a chain of upscale department stores across the United States. Bloomingdale’s is famous for its finest quality collection of clothing, shoes, high-end leather goods, accessories, and home decor products.

Barneys is another very good alternative to Saks Fifth Avenue. Headquartered in New York City, Barneys is an American chain of upscale department stores. The first-ever Barneys Store was opened in the year 1923. Like Saks, Barneys showcases an impressive collection of designer handbags, leather goods, luxury clothing, and shoes for men and women.

Burberry is a publicly-traded British company and a world-famous luxury fashion house. Headquartered in London, United Kingdom, Burberry was first introduced in the year 1856. Some of the most popular products offered by Burberry Stores include finest-quality clothing, cosmetics, fancy perfumes, and high-end fashion accessories. Last year, Burberry generated more than 3 billion American Dollars in revenue.

BCBG is another great alternative to Saks Fifth Avenue to buy designer fashion at an affordable price. BCBG (short for a French Phrase) “Bon Chic, Bon Genre” was founded in the year 1989 by Max Azria. Today, BCBG is a well-reputed member of the CFDA (Council of Fashion Designers of America). The fashion collection from BCBG was first presented at New York Fashion Week in the year 1996.

Macy’s is another very popular American chain of mid-range department stores that was founded in the month of October 1858. Headquartered in New York, the United States, Macy’s, presently operates some 800 retail stores across the US. Macy’s stores primarily sell clothing, footwear, fashion accessories, bedding and so much more. in many cases, Macy’s can be a good and cheap alternative to Saks Fifth Avenue or any other store in the United States that sell similar products.