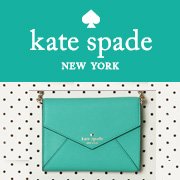 Kate Spade is a world-famous, American design house that is wholly owned by Liz Claiborne. Headquartered in New York, Kate Spade was founded in the year 1993. Presently, Kate Spade operates 315 stores across United States & Europe. Moreover, Kate Spade’s merchandise can be found at high-end department stores in almost every country worldwide. In this post I am going to introduce you to some of the best alternatives to Kate Spade. All of these high-end stores offer similar quality designer clothing, handbags and accessories for men & women. Below is a list followed by some basic introduction and links to the official websites of Top 10 Stores Like Kate Spade.

Coach is an American, Luxury Fashion brand and a very good alternative to Kate Spade. Headquartered in New York City, Coach was founded in the year 1941. The most popular product categories at Coach Stores include Bags, Wallets and high-end Clothing for men and women. Coach also offers a good variety of fancy watches, sunglasses, belts and key rings.

Louis Vuitton is a French and one of the world’s leading fashion houses. Headquartered in Paris, Louis Vuitton was founded in the year 1854. The company is famous for its beautiful variety of luxury leather goods, clothing, high-quality footwear, jewelry, watches and accessories for men and women. Last year, Louis Vuitton generated over 10 billion Dollars in annual sales.

Henri Bendel is another very good alternative to Kate Spade for women to buy designer handbags, fashion jewelry and accessories. Headquartered in New York, Henri Bendel is a subsidiary of L Brands and it was originally founded in the year 1895. Presently, Henri Bendel operates 29 upscale specialty stores across the United States.

Furla is a family-owned, Italian company that specializes in luxurious fashion goods for men and women. headquartered in Bologna, Furla was founded in the year 1927. Like Kate Spade, Furla is a great place to buy designer bags, mini bags, jewelry, wrist watches, shoes and small leather goods. Presently, Furla operates more than 320 luxury stores across the USA, Italy, France and Japan.

J Crew is one of the major American retailers that offer premium quality clothing, footwear and accessories for men, women and kids. J Crew was founded in the year 1983 by Emily Scott. The headquarter of J Crew is located in New York, United States. The price range of clothing and footwear at this store might be slightly higher or lower than Kate Spade. But I assure you, the quality of stuff at J Crew will never disappoint you.

Ted Baker is an English chain of retail stores that specializes in luxury clothing. Headquartered in London, Ted Baker was founded in the year 1988. Ted Baker can be a good alternative to Kate Spade to buy fine-quality clothing for men, women and kids. Ted Baker also offers a very unique and stylish collection of fashion accessories.