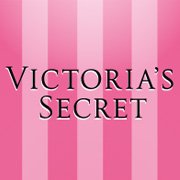 Wacoal is a Japanese intimate apparel specialist and one of the best alternatives to Victoria’s Secret. The first Wacoal lingerie store was opened in the year 1949. Presently, the company operates a large number of brick and mortar stores across Europe & the United States and a full-featured eCommerce website. Some of the most popular products at Wacoal stores include Bras, Panties, Shapewear and Lingerie.

La Senza > #2, Being Owned & Operated By The Parent Of Victoria’s Secret

Like Victoria’s Secret, La Senza is a wholly owned subsidiary of L Brands. The company operates over 700 retail stores and a full-featured eCommerce website. Headquartered in Montreal, Canada, La Senza was founded in the year 1990. It is another good alternative to Victoria’s Secret to buy hottest trends in bras, panties and lingerie.

Soma (or Soma Intimates) is a wholly owned subsidiary of Chico’s. The company offers an exclusive collection of women’s lingerie, bras, panties, swimwear, sleepwear and more. Headquartered in Fort Myers, Florida, Soma was founded in the year 2004. Presently, Soma operates over 250 lingerie stores across the United States and a full-featured eCommerce website.

Chico’s is a publicly traded American business that owns and operates multiple chains of specialty stores. Headquartered in Fort Myers, Florida, Chico’s was founded in the year 1983. The company is famous for its huge collection of latest styles in women’s designer clothing, intimates, shoes and high-end fashion accessories.

Aerie is an American lingerie and personal care brand that is owned by a world-famous clothing company American Eagle. Headquartered in Pittsburgh, Pennsylvania, Aerie was first introduced in the year 2006. Aerie has over 150 retail stores across the United States. Presently, Aerie has more than 2% share of the Lingerie Market.

Athleta is a famous American company that can be a great alternative to Victoria’s Secret to buy premium quality fitness apparel for women. Headquartered in Petaluma, California, Athleta is wholly owned and operated by world-famous clothing company, Gap Inc. The company was founded in the year 1998 and presently, Athleta operates over 100 retail stores across the United States.

Venus is a Jacksonville, Florida based American retailer that offers hottest clothing, unique styled bras and swimwear for women. Venus can be a good and cheap alternative to Victoria’s Secret. Venus Stores also sell a beautiful collection of naughty lingerie and shapewear.

Fredericks of Hollywood is an online store that specializes in naughty lingerie. Fredericks of Hollywood was originally founded in the year 1947 and presently, it is a wholly owned subsidiary of Authentic Brands Group. The most popular product categories at this online retailer include Lingerie, Bras, Corsets, Panties and Accessories.

Lululemon (originally Lululemon Athletica) is a publicly traded company that was founded in the year 1998. Headquartered in Vancouver, British Columbia, Canada, Lululemon is can be a good alternative to Lululemon to buy athletic apparel and accessories. In the year 2015, Lululemon Athletica generated over 1500 million American Dollars in annual sales.

If you are looking for an affordable alternative to Victoria’s Secret to buy high-quality shaping-briefs and leggings, try Spanx. It is a privately owned American manufacturer that was founded in the year 2000. Spanx primarily designs, produces, markets and sells leggings, shapewear, bras and lingerie. In 2010, Spanx also introduced their full-range of undergarments for men.