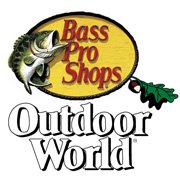 Bass Pro Shops is a privately owned and one of the leading chains of sporting goods stores in the United States. Bass Pro is primarily famous for its huge selection of high-end gear for fishing, boating, hunting, shooting and camping. Bass Pro Shops also offer an impressive variety of clothing and shoes for men, women and kids. In this post, I’m going to introduce you to some of the best alternatives to Bass Pro Shops. All of these sporting goods stores sell similar quality products at comparable or low prices. Below is a list and links to official websites of Top 10 stores like Bass Pro Shops.

Orvis is a very similar store like Bass Pro that specializes in high-end fly fishing, hunting and sporting equipment. Orvis is a family-owned business that was founded by Charles F. Orvis in the year 1856. Presently, Orvis operates over 70 retail stores across the United States. The headquarter of the company is located in Sunderland, Vermont.

Cabela’s is another very good alternative to Bass Pro. Cabela’s stores offer fine-quality hunting, shooting, fishing, camping and outdoor gear. Cabela’s is a Sidney, Nebraska based chain of retail stores that operates over 60 outlets across the United States. In the last year alone, Cabela’s generated more than 4 billion US Dollars in revenue.

Scheels (or Scheels All Sports) is a privately owned American company sells Activewear, Exercise Equipment, Shoes and a great collection of other sporting goods. Headquartered in Fargo, North Dakota, Scheels was founded in the year 1902. Presently, Scheels operates 26 Sporting Goods Stores across the United States and a full-featured eCommerce Website.

REI is a Washington based chain of retail stores that offers high quality clothing, footwear and sporting equipment (e.g. for cycling, for camping and for snowboarding etc.). REI can be a great alternative to Bass Pro for you to buy latest gear, high quality cold weather boots and clothing for men, women and kids.

MidwayUSA > #9, Good Discounts On Everything You Need For Shooting, Hunting And The Outdoors

MidwayUSA is an American chain of retail stores that sells just about everything for shooting, hunting and the outdoors. Headquartered in Columbia, Missouri, MidwayUSA was founded in the year 1977. Like Bass Pro, MidwayUSA is a great place to buy Airguns, Archery, Black Powder Guns, Camping Supplies, Clothing and Footwear.