10 Brands Like Boden to Find Unique and Stylish Clothing Online 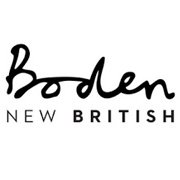 Boden is a British chain of clothing stores that was originally founded as a mail order business in the year 1991. Headquartered in London, Boden has several (brick & mortar) retail stores and a full-featured eCommerce website. Boden Stores carry a comprehensive collection of clothing, shoes and accessories for men, women and kids. In this post I am going to introduce you to some of the best stores like Boden. All of these stores offer similar quality clothing, shoes and accessories, while some of these are also cheaper than Boden. Below is a list followed by some basic introduction and links to the official websites of Top 10 clothing Stores Like Boden.

J Crew is one of the major American retailers that offer premium quality clothing, footwear and accessories for men, women and kids. J Crew was founded in the year 1983 by Emily Scott. The headquarter of J Crew is located in New York, United States. In some cases, J. Crew may be a bit expensive than Boden. But I assure you, the quality of stuff at J Crew will never disappoint you.

Marks & Spencer is one of the most popular & very successful British fashion brands. The company operates hundreds of high-end fashion retail stores across the Americas, Europe, Middle East, Asia and Oceania. Marks & Spencer can be a good alternative to Boden to buy finest quality clothing, shoes, accessories & fancy gifts for men, women and kids.

White Stuff is another very famous British fashion and lifestyle brand. Headquartered in London, White Stuff was founded in the year 1985. In addition to its almost 125 retail stores across UK, Germany and Denmark, White Stuff offers all of its products through its official website. Like Boden, White Stuff offers good quality clothing, footwear, gifts and accessories for men and women.

Zara > #6, An Affordable Alternative to Boden

Zara is a subsidiary of the Inditex business group of Spain. Inditex is the world’s biggest fashion group that runs over 6600 clothing stores across the globe. Zara was founded in the year 1974. The company specializes in trendy clothing, footwear and accessories for men, women and kids. The quality of stuff and price range at Zara Stores is lower or comparable to Boden.

Lands’ End > #7, A Good Alternative to Boden Across Europe & USA

Lands’ End is can be another great alternative to Boden that specializes in clothing and shoes for men, women and kids. Some of the other popular categories at Lands’ End include home decor, beach towels, hats and school uniforms. Headquartered in Dodgeville, Wisconsin, United States, Lands’ End was founded the year 1963. In addition to the US stores, Lands’ End also operates several retail outlets across the United Kingdom, Germany, Japan, France and Austria.

Topshop is a London, United Kingdom based fashion retailer that specializes in clothing, footwear, cosmetics and accessories for women. Presently, Topshop operates some 500 retail stores in several countries across the world. Founded in the year 1964, Topshop is fully owned and operated by the Arcadia Group. Topshop offers attractive discounts on brand-name clothing, shoes and accessories.

Jack Wills is a London based clothing company that specializes in traditional British wear. Jack Wills was founded in the year 1999. A beautiful collection of clothing & accessories for men and women for almost every occasion makes Jack Wills another good alternative to Boden. Presently, the company operates 69 retail stores across UK, USA, Ireland, Hong Kong and Middle East. In 2015, Jack Wills stores generated over 175 million Dollars in revenue.