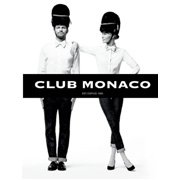 Club Monaco is a subsidiary of Ralph Lauren that specializes in high-end casual clothing and accessories for men and women. Presently headquartered in New York city, Club Monaco was originally founded in Toronto, Canada in the year 1985. Club Monaco operates almost 150  retail stores in several countries including USA, UK, Sweden, Turkey & China. In this post, I am going to introduce you to some of the best clothing retailers like Club Monaco. All of these stores offer similar quality casual clothing, outerwear, shoes and accessories. Below is a list followed by some basic introduction and links to the official websites of Top 10 Stores Like Club Monaco.

J Crew is one of the major American retailers that offer premium quality clothing, footwear and accessories for men, women and kids. J Crew was founded in the year 1983 by Emily Scott. The headquarter of J Crew is located in New York, United States. In some cases, J Crew may be a little expensive than Club Monaco. But I assure you, the quality of stuff at J Crew will never disappoint you.

Madewell > #4, An Alternative to Club Monaco for Women

Madewell is wholly owned and operated by J Crew. Founded in the month of May 2006, Madewell specializes in clothing, footwear and accessories for women. If you are looking for an alternative to Club Monaco to buy great quality Jeans, Madewell is highly recommended for you. The company also offers a beautiful collection of timeless leather jackets, Tees and high quality boots.

Aritzia is a publicly traded, Canadian company that operates a chain of fashion boutiques for women. Headquartered in Vancouver, British Columbia, Aritzia was founded in the year 1984. The company sells a beautiful collection of wool coats, sweaters, trousers, leggings and jackets with a prime focus on teenage girls and women up to 30 years of age.

Bloomingdale’s is a wholly owned subsidiary of Macy’s Inc. and it was originally founded in the year 1861. Headquartered in New York City, Bloomingdale’s operates a chain of upscale department stores across the United States. Bloomingdale’s is famous for its finest quality collection of clothing, shoes, high-end leather goods, accessories and home decor products.