10 Stores Like Marshalls to Shop Off-Price Clothing, Shoes and Bedding 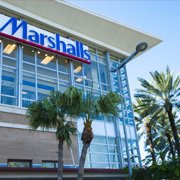 Marshalls is a subsidiary of TJX Companies that runs a chain of off-price retail stores across the United States and Canada. With its unique slogan “Never Pay Full Price for Fabulous”, Marshalls sells clothing, footwear, bedding, furniture and much more at hugely discounted prices. In this post I am going to introduce you to some of the best alternatives to Marshalls. All of these stores offer similar quality products, while a couple of these are cheaper than Marshalls Stores. Below is a list followed by some basic introduction and links to the official websites of Top 10 Stores Like Marshalls.

TJ Maxx is a major clothing retailer in the United States. The company is another subsidiary of TJX Companies, that was founded in the year 1976. Headquartered in Framingham, Massachusetts, United states, T. J. Maxx, presently operates over 1000 retail stores across the United States. T. J. Maxx is a great alternative to Marshalls to buy discounted clothing, shoes, bedding, furniture and giftware.

Burlington Stores (or Burlington Coat Factory) is another popular American chain of retail stores that was founded in the year 1972. A huge range of good quality and low priced clothing (including baby clothes), home furnishing goods and furniture make Burlington Stores a great alternative to Marshalls. Presently, Burlington operates almost 550 retail stores across the United States and Puerto Rico.

Like Marshalls & TJ Maxx, HomeGoods is also a subsidiary of TJX Companies that specializes in Bedding, Furniture and Housewares. HomeGoods is a good alternative to Marshalls Stores to buy unique home furnishing goods at very affordable prices. Presently, HomeGoods operates almost 500 branches across the United States.

Winners > #6, Similar to Marshalls but Cheap!

Winners is a Mississauga based Canadian chain of off-price retail stores that was founded in the year 1982. Presently, Winners operates 234 stores across the country. The primary range of products at Winners Stores include clothing, shoes, fashion accessories, makeup, toys and housewares. The quality of stuff at Winners is comparable to Marshalls while in many cases, prices are low.

Target (or Target Corporation) is the second largest American chain of retail stores. Headquartered in Minneapolis, Minnesota, Target is a publically traded business that was founded in the year 1902. Target stores sell a wide range of products that includes (but not limited to), clothing, cosmetics, footwear, furniture & houseware, sport equipment and a lot more. Such a huge variety of products & great prices make Target a very good alternative to Marshalls.

By retail sales, Kohl’s is the second largest chain of department stores and a publically traded company in the United States. Kohl’s was founded in the year 1962. The company offers a huge range of clothing, footwear, bedding, furniture, jewelry, cosmetics, electronics and housewares in some 1100 stores (Target Corporation operates 1792 stores) across the country. Headquartered in Menomonee, Wisconsin, Kohl’s Stores generated over 20 billion US Dollars in annual sales in the year 2015.

Macy’s is another very popular American chain of mid-range department stores that was founded in the month of October 1858. Headquartered in New York, United States, Macy’s, presently operates some 800 retail stores across the US. Macy’s stores primarily sell clothing, footwear, fashion accessories, bedding and so much more. in many cases, Macy’s can be a good and cheap alternative to Marshalls or any other store in the United States that sell similar products.

JCPenney is a Plano, Texas based American chain of mid-range department stores that was founded in the year 1902. A good range of product range e.g. Clothing, Cosmetics, Footwear, Electronics, Furniture, Jewelry & Home Appliances make JCPenney a good alternative to many stores including Marshalls. Presently, JCPenney operates more than 1100 retail stores across the United States.

Have you ever visited or purchased something online from any of these similar stores? Do you know about some other good stores like Marshalls? Please share your knowledge and shopping experience in the comments section below.