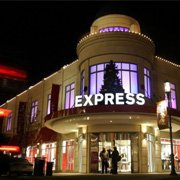 Express is an American chain of retail stores that specializes in clothing, footwear and accessories for young men and women. Headquartered in Columbus, Express LLC presently operates 550 stores across the United States and Canada. Express Stores are popular for their unique collection of suiting, casualwear, swimsuits and fashion accessories. In this post I am going to introduce you to some of the best alternatives to Express Stores. All of these stores offer similar quality products. Some of them are slightly expensive while others are cheaper than Express Clothing. Below is a list followed by some basic introduction and links to the official websites of Top 10 retail Stores Like Express.

J Crew is one of the major American retailers that offer premium quality clothing, footwear and accessories for men, women and kids. J Crew was founded in the year 1983 by Emily Scott. The headquarter of J Crew is located in New York, United States. J Crew may be a bit expensive than Express. But I assure you, the quality of stuff at J Crew will never disappoint you.

Guess is a world-famous American fashion brand and retailer that was founded by Paul Marciano in the year 1981. The price range at Guess is definitely higher than Express, but if you prefer style and quality over price, I hope visiting a Guess Stores would be a very good experience for you.

Aeropostale is a famous American chain of clothing and accessories stores. A comprehensive range of casual and active-wear for guys and girls makes Aeropostale a very good alternative to Express Stores. The primary audience of this clothing retailer ages between 14 to 40 years. Aeropostale was founded in the year 1973. Presently, the company operates some 860 retail stores across the United States, Canada, Mexico, UAE, Turkey, Ireland and many other countries.

Lands’ End is another great alternative to Express that specializes in clothing and shoes for men, women and kids. Some of the other popular categories at Lands’ End include home decor, beach towels, hats and school uniforms. Headquartered in Dodgeville, Wisconsin, United States, Lands’ End was founded the year 1963. In addition to the US stores, Lands’ End also operates several retail outlets across the United Kingdom, Germany, Japan, France and Austria.