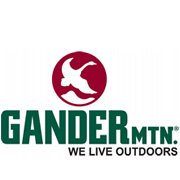 Gander Mountain (Now Gander Outdoors) is a network of over 160 sporting goods stores in the United States. Headquartered in Saint Paul, Minnesota, Gander Mountain is a privately-owned company that was founded in the year 1960. Some of the most popular products at Gander Mountain Stores include apparel, accessories for camping, fishing, hunting and outdoor recreational activities. In this post, I am going to introduce you to some of the best stores like Gander Mountain. All of these stores offer similar quality goods at comparable or low prices. Below is a list followed by some basic introduction and links to the official websites of Top 10 Stores Like Gander Mountain.

If you are looking for a superior alternative to Gander Mountain that sells fine-quality hunting, shooting, fishing, camping and outdoor gear, Cabela’s is highly recommended for you. Cabela’s is a Sidney, Nebraska based chain of retail stores that operates over 60 outlets across the United States. In the year 2015 alone, Cabela’s generated more than 4 billion US Dollars in revenue.

The wide selection of fishing, camping, hunting and gear makes Bass Pro Shops another very good alternative to Gander Mountain. Bass Pro Shops was founded in the year 1971 and the headquarter of the company is located in Springfield, Missouri. Presently, the company employs over 20000 people. In the year 2015, Bass Pro Shops generated over 4.5 billion USD in revenue.

Amazon > #4, A Comprehensive Range of Outdoor Gear From World-Famous Brands

Amazon is the largest internet-based retailer on the planet. Headquartered in Seattle, Washington, Amazon was founded in the month of July, 1994. Like Gander Mountain, Amazon is also a great place to buy all kinds of hunting, shooting and fishing equipment online. In the year 2015, Amazon generated over 107 billion Dollars in annual sales.

Dick’s Sporting Goods > #6, One of The Major Chains of Stores in This Category

REI is a Washington based chain of retail stores that offers high-quality clothing, footwear, and sporting equipment (e.g. for cycling, for camping and for snowboarding, etc.). REI can be a great alternative to Gander Mountain for you to buy the latest gear, high-quality cold weather boots and clothing for men, women, and kids.

Campmor is a privately owned, Mahwah, New Jersey-based company that sells outdoor gear, tents, sleeping bags, outdoor clothing, and shoes. In addition to its in-house products, Campmor showcases many other popular brands including Coleman, Columbia, Marmot, Merrell, Oakley, Patagonia, Spyder, and many others. The company’s e-commerce store gives you the option to shop from the convenience of your home. Campmor was founded in the year 1978.

Scheels (or Scheels All Sports) is a privately owned American company that sells Activewear, Exercise Equipment, Shoes, and a great collection of other sporting goods. Headquartered in Fargo, North Dakota, Scheels was founded in the year 1902. Presently, Scheels operates 26 Sporting Goods Stores across the United States and a full-featured eCommerce Website.

LL Bean is a famous American retailer of high-quality clothing, shoes, outdoor gear, and much more. The company ships its products to over 100 countries across the globe. LL Bean was founded in the year 1912. Presently, the headquarters of LL Bean are located in Freeport, Maine, United States.