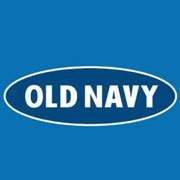 Old Navy is one of the most successful names in retail clothing industry in the United States. Headquartered in San Francisco, Old Navy was founded in the year 1994 by Mickey Drexler. Presently, Old Navy is wholly owned and operated by Gap Inc. Old Navy is famous for its fine-quality and very affordable range of clothing, footwear and accessories for men, women, boys, girls, babies and even toddlers. In this post I’m going to share with you some other good clothing stores like Old Navy. All of these stores offer clothing and accessories of similar quality while price range at some stores is lower than Old Navy.

American Eagle is a publically traded business that specializes in trendy clothing, stylish footwear and accessories for men and women. If you are interested in an Old Navy alternative that offers good quality and reasonably priced range of clothing and footwear, American Eagle is highly recommended for you.  Headquartered in Pittsburgh, Pennsylvania, American Eagle presently operates over 950 retail clothing stores across the United States.

Aéropostale is a famous American chain of clothing and accessories stores. A comprehensive range of casual and active-wear for guys and girls makes Aéropostale a very good alternative to Old Navy. The primary audience of this clothing retailer ages between 14 to 40 years. Aéropostale was founded in the year 1973. Presently, the company operates some 860 retail stores across the United States, Canada, Mexico, UAE, Turkey, Ireland and many other countries.

The William Carter Company also known as Carter’s is one of the most famous American companies that specialize in Apparel for Children. Headquartered in Atlanta, Georgia, United States, Carter’s is a publically traded business that was founded in the year 1865. Presently, Carter’s operates over 700 retail stores across the country.

Gymboree is another good alternative to Old Navy to buy clothing for boys, girls and toddlers. The most popular product categories at Gymboree stores include Sweaters, Hoodies, Outerwear, Pants, Shorts, T-Shirts, Sleepwear and shoes. Headquartered in San Francisco, California, Gymboree was founded in the year 1976. Presently, Gymboree brand is available at some 1000 retail stores across the United States, Puerto Rico and Canada.

Forever 21 is another famous chain of retail stores and a good alternative to Old Navy to buy trendy clothing, accessories and footwear for men and women. Forever 21 was founded in the year 1984 by Don Won Chang. In the year 2015, Forever 21 generated over 4.4 billion USD in annual sales.

H&M is the second largest clothing retailer on the planet and one of the cheapest alternatives to Old Navy. Headquartered in Stockholm, Sweden, H&M was founded in the year 1947. Presently, H&M operates over 3700 retail stores in 60 countries. In the year 2015, H&M generated almost 170 billion SEK in revenue.

By retail sales, Kohl’s is the second largest chain of department stores and a publically traded company in NYSE United States. Kohl’s was founded in the year 1962. The company offers a huge range of clothing, footwear, bedding, furniture, jewelry, cosmetics, electronics and housewares in some 1100 stores across the country. Headquartered in Menomonee, Wisconsin, Kohl’s Stores generated over 20 billion US Dollars in annual sales in the year 2015.

J Crew is one of the major American retailers that offer premium quality clothing, footwear and accessories for men, women and kids. J Crew was founded in the year 1983 by Emily Scott. The headquarter of J Crew is located in New York, United States. The price range of clothing and footwear at this store might be a bit higher than Old Navy. But I assure you, the quality of stuff at J Crew will never disappoint you.

Madewell is wholly owned and operated by J Crew. Founded in the month of May 2006, Madewell specializes in clothing, footwear and accessories for women. If you are looking for an Old Navy alternative to buy great quality Jeans, Madewell is highly recommended for you. The company also offers a beautiful collection of timeless leather jackets, Tees and high quality boots.

Have you already tried any of these Old Navy alternatives> do you know about some other good and affordable clothing stores like Old Navy that you have personally tried? Please share your shopping experience in the comments section below.