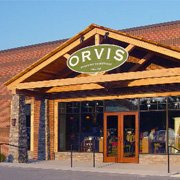 Orvis is a family-owned business and one of the oldest chains of retail that specializes in sporting goods. Orvis is famous for its very high-quality collection of fly-fishing rods, hunting equipment, clothing and luggage. Headquartered in Sunderland, Vermont, Orvis operates almost 100 retail stores across the United States. In this post, I am going to introduce you to some of the best stores like Orvis. All of these stores offer similar & highest quality sporting goods at comparable or low prices. Below is a list followed by some basic introduction and links to the official websites of Top 10 Stores Like Orvis.

The wide selection of fishing, camping, hunting and gear makes Bass Pro Shops a good alternative to Orvis. Bass Pro Shops was founded in the year 1971 and the headquarter of the company is located in Springfield, Missouri. Presently, the company employs over 20000 people. In the year 2015, Bass Pro Shops generated over 4.5 billion USD in revenue.

If you are an outdoor enthusiast and a satisfied Orvis customer, I strongly recommend that you try Filson. Headquartered in Seattle, Washington, Filson is a privately owned business that specializes in high-end clothing and goods for outdoor activities. The price range at Filson may be a bit higher than other similar stores. But if you prefer quality over economy, I assure you that you’ll love the stuff offered by Filson stores.

Cabela’s is another good alternative to Orvis that sells fine-quality hunting, shooting, fishing, camping and outdoor gear. Cabela’s is a Sidney, Nebraska based chain of retail stores that operates over 60 outlets across the United States. In the year 2015 alone, Cabela’s generated more than 4 billion US Dollars in revenue.

Lands’ End is a good alternative to Orvis that specializes in clothing and shoes for men, women and kids. Some of the other popular categories at Lands’ End include outerwear, shoes, home decor, beach towels, hats and school uniforms. Headquartered in Dodgeville, Wisconsin, United States, Lands’ End was founded the year 1963. In addition to the US stores, Lands’ End also operates several retail outlets across the United Kingdom, Germany, Japan, France and Austria.

If you have been searching for a good alternative to Orvis to buy weatherproofed outerwear, fine-quality packs and gear or shoes for men, women and kids for freezing temperatures, Patagonia is a great option to go with. I personally love their lightweight, windproof and water-resistant jackets. Headquartered in Ventura, California, Patagonia was founded in the year 1973.