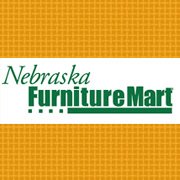 Rooms To Go is a privately owned American chain of furniture stores that was founded in the year 1990. With 226 retail stores and over 3 billion American Dollars in sales in 2015 alone, Rooms To Go is the 3rd largest furniture retailer in the United States. The quality of stuff offered at Rooms To Go Stores is very similar to Nebraska Furniture Mart but the price is almost 50% low.

Z Gallerie is an American home furnishing company that operates over 60 retail stores across the United States. Some of the most popular product categories at Z Gallerie include Furniture, Art themes, Decorative Accessories, Tableware, Mirrors & Bedding. The price range and quality of stuff offered at Z Gallerie stores is comparable to Nebraska Furniture Mart. Headquartered in Los Angeles, Z Gallerie was originally founded in the year 1979.

World Market is a subsidiary of Bed Bath & Beyond that was founded in the year 1958. Headquartered in Oakland, California, World Market presently operates over 275 retail stores across the United States. The company is famous for its beautiful and unique collection of imported furniture, curtains, rugs, bedding, houseware and kitchenware. If you are looking for an affordable alternative to NFM, I strongly recommend that you visit the World Market.

Ethan Allen can be a great alternative to NFM that offers very high quality furniture and decorative accessories for every room. Founded in the year 1932, Ethan Allen presently operates over 300 furniture stores across the United States, Canada and United Kingdom. Ethan Allen may not be a cheap alternative to Nebraska Furniture Mart, but it is a great place to buy furniture for living room, dining room, bedroom, sofas, loveseats, chairs & chaises.

Target (or Target Corporation) is the second largest American chain of retail stores. Headquartered in Minneapolis, Minnesota, Target is a publically traded business that was founded in the year 1902. Target stores sell a wide range of products that includes (but not limited to), clothing, cosmetics, footwear, furniture & houseware, sport equipment and a lot more. Such a huge variety of products & great prices make Target a very good alternative to NFM.

Ikea > #7, The World’s Leader in Ready to Assemble Furniture

Ikea is the largest retailer of furniture on the planet. The company is famous for its unique collection of ready-to-assemble furniture, accessories and appliances. Headquartered in Leiden, Netherlands, Ikea was founded in the year 1943. The official website of the company features over 12000 products. in the year 2015, Ikea generated 34 billion US Dollars in annual sales.

The Home Depot is a United States based chain of retail stores that specializes in home improvement products and services. Headquartered in Georgia, United States, Home Depot operates 2274 stores across the US, Puerto Rico, Canada, Mexico and China. Some of the most popular product categories at Home Depot Stores include Blinds & Decor, Flooring & Area Rugs, Appliances, Kitchenware and more.

Urban Barn is a Canadian chain, based on 50 furniture stores across the country. Urban Barn also gives you the option to shop online from the convenience of your home. Founded in the year 1990, Urban Barn offers a great variety of high-end furniture and home decor accessories. The price range at Urban Barn is slightly higher than Nebraska Furniture Mart, but overall, it is a nice place to buy furniture.