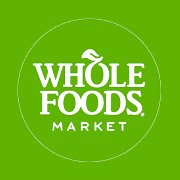 Whole Foods (or Whole Foods Market Inc.) is a popular American chain of grocery and health food stores that was founded in the year 1980. Headquartered in Austin, Texas, Whole Foods operates 435 retail stores across the United States. In this post I am going to introduce you to some of the best and high quality grocery stores like Whole Foods. All of these stores offer a wide range of natural and organic products. Some of these are also cheaper than Whole Foods Market. Below is a list followed by some basic introduction and links to the official websites of Top 10 Stores Like Whole Foods.

Bob’s Red Mill is a great alternative to Whole Foods Market that gives you the option to buy natural, gluten free and organic foods from the convenience of your home. Headquartered in Milwaukie, Oregon, Bob’s Red Mill was founded in the year 1978. Some of the popular product categories at this store includes whole grain flours, oats and cereals.

Wegmans is one of the largest private companies in the United States and it was founded in the year 1916. In the year 2015, Wegmans generated over 8 billion US Dollars in annual sales. Headquartered in Rochester, New York, Wegmans operates over 90 grocery stores across the United States.

Trader Joe’s is a chain of grocery stores that was originally founded in the year 1958. Presently, Trader Joe’s operates over 460 retail stores across the United States. Trader Joe’s is a good place to buy private label staple foods, organic foods and specialty products. Last year, Trader Joe’s generated over 9 billion Dollars in revenue.

Earth Fare is a popular chain of health and wellness stores that was founded in the year 1975. Earth Fare is famous for many of its product categories including Organic and Natural Foods. Headquartered in Nashville, North Carolina, Earth Fare operates 36 stores across Southeast and Midwest United States.

Walmart > #6, Sells Almost Everything You Can Find at Whole Foods Stores

Walmart is a world-famous, American chain of retail stores that sells a huge range of products under hundreds of categories. Some of the most popular product categories at Walmart include Grocery, Wellness Foods, Clothing, Electronics, Sporting Goods, Beauty Products and a lot more. Presently, Walmart operates over 11500 retail stores.

New Seasons Market is a Portland, Oregon based company that was founded in the year 1999. The company offers a good range of local and sustainable food, conventional foods and home goods. Presently, New Seasons Market employs over 3000 people in 15 stores across the United States.

Harris Teeter is a subsidiary of Kroger and it was originally founded in the year 1936. Presently, Harris Teeter operates almost 250 grocery stores in the United States. Harris Teeter is famous for its wide offerings of Bakery, Dairy, Deli, Frozen Foods, Grocery, Seafood and much more. Last Year, Harris Teeter generated over 5 billion Dollars in annual sales.

Bristol Farms is an upscale chain of retail stores that specializes in Bakery, Dairy Products, Grocery, Household Supplies and Natural Living. Bristol Farms may be a bit expensive, but if you are not too price conscious, Bristol Farms can be a good alternative to Whole Foods for you.