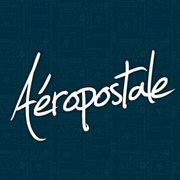 Aéropostale is an American chain of clothing stores that specializes in casual clothing for young men and women. The most popular product categories at Aéropostale Stores include Jeans, Tops, bottoms and Swimwear. Additionally, the company also offers a good range of shoes. Headquartered in New York City, Aéropostale was founded in the year 1973. In this post I’m going to introduce you to some very good Aéropostale alternatives. Some of these similar stores are a bit expensive than Aéropostale, but price range at the majority of these stores is comparable. Below is a list, followed by some basic introduction to Top 10 stores like Aéropostale.

American Eagle is a publically traded business that specializes in trendy clothing, stylish footwear and accessories for men and women. If you are interested in a Aéropostale alternative that offers good quality and reasonably priced range of clothing and footwear, visit American Eagle.  Headquartered in Pittsburgh, Pennsylvania, American Eagle presently operates over 950 retail clothing stores across the United States.

Forever 21 is another famous chain of retail stores and a good alternative to Aéropostale to buy trendy clothing, accessories and footwear for men and women. Forever 21 was founded in the year 1984 by Don Won Chang. In the year 2015, Forever 21 generated over 4.4 billion USD in annual sales.

Gap > #6, Similar to Aéropostale but Cheap!

Charlotte Russe is a great alternative to Aéropostale for teenage girls and women in their early twenties. Founded by Daniel Lawrence in the year 1975, Charlotte Russe is named after a famous French dessert. The most popular product categories at Charlotte Russe include Dresses, Tops, Jeans, Bottom, Lingerie and Swimwear.

Rue 21 (previously Pennsylvania Fashions Inc.) is an American chain of retail stores that specializes in stylish clothing for teenagers and men & women in their early twenties. Headquartered in Warrendale, Pennsylvania, Rue 21 is a privately owned business that was founded in the year 1976. Presently, the company operates over 1100 retail stores across the United States. The price range and quality of stuff at Rue 21 is comparable to Aéropostale.

Pacsun (originally Pacific Sunwear) is another affordable alternative to Aéropostale. Pacsun is famous for its unique range of casual clothing, inspired by the youth oriented culture and lifestyle of California. Pacsun is a publically traded company that was founded in the year 1980. Presently, Pacsun employs over 10,300 people in some 650 retail stores across the United States and Puerto Rico.

Have you already tried one or more of these similar clothing stores? Do you know about some other good stores like Aéropostale? Please share your experience in the comments section below.