10 Stores Like Costco to Buy Furniture & Electronics at Lowest Prices 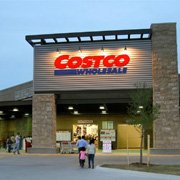 Costco (or Costco Wholesale Corp:) is a Seattle, Washington based, publicly traded American company that was founded in the year 1976. Costco Stores carry thousands of products and presently, it is America’s largest membership only warehouse. Last year, Costco stores generated almost 3 billion US Dollars in annual sales. In this post I am going to introduce you to some of the best alternatives to Costco Whole. All of these mega-stores offer a huge variety of products and great discounts. Some of them offer more discount than Costco. Below is a list followed by some basic introduction and links to the official websites of Top 10 Stores Like Costco.

Sam’s Club is a subsidiary of Walmart and is named after Sam Walton (the founder of Walmart). Headquartered in Bentonville, Arkansas, The Sam’s Club was started in the year 1983. Like Costco, Sam’s Club is a great place to buy Electronics, Home & Office Furniture, Garden Supplies, Grocery, Health & Beauty Products, Fashion Accessories and Sporting Goods.

BJ’s (or BJ’s Wholesale Club) is one of the most popular members-only warehouse club in the United States. Founded in the year 1984, BJ’s is headquartered in Westborough, Massachusetts. Like Costco, BJ’s offers a wide array of products under several categories including Electronics, Office Supplies, Furniture, Home Appliances, Sports & Fitness, Jewelry & Fashion Accessories and a lot more.

Walmart > #3, The BIG DADDY Of All Retailers

Amazon > #4, The Undisputed King Of Internet Based Retailers

Amazon is the largest internet-based retailer on the planet. Headquartered in Seattle, Washington, Amazon was founded in the month of July, 1994. Every day, millions of people visit Amazon.com to buy almost everything you can find at Costco. In the year 2015, Amazon generated over 107 billion Dollars in annual sales.

Target (or Target Corporation) is the second largest American chain of retail stores. Headquartered in Minneapolis, Minnesota, Target is a publically traded business that was founded in the year 1902. Target stores sell a wide range of products that includes (but not limited to), clothing, cosmetics, footwear, furniture & houseware, sport equipment and a lot more. Such a huge variety of products & great prices make Target a very good alternative to Costco Stores.

Aldi is a discount supermarket giant that operates over 10,000 stores in 18 countries across the United States, Europe and Australia. Headquartered in Essen, Germany, Aldi is a privately-owned company that was founded in the year 1913. Last year, Aldi Stores generated almost 65 billion US Dollars in revenue.

Smart & Final is a publicly traded business that runs over 250 mega-stores across the United States and Mexico. Headquartered in Commerce, California, Smart & Final was originally founded in 1871. Smart & Final is a great place to Equipment, Cleaning Supplies, Beverages, Frozen Foods, Grocery and Health & Beauty products.

Best Buy is one of the major retailers of consumer electronics in the United States, Mexico and Canada. The most popular product categories at Best Buy Stores include Home Appliances, Home Theater, Computers, Mobile Phone & Tablets, Cameras, Car Electronics, Video Games and a lot more. Such a huge range of products and its presence on more than 1050 locations make Best Buy another great alternative to Costco.

Sears is a renowned chain of retail stores in the United States. Headquartered in Hoffman Estates, Illinois, Sears was founded in the year 1886. Because of its vast range of product portfolio, Sears can be a great alternative to many companies including Costco Wholesale. The primary product categories at Sears Stores include clothing, footwear, outdoor equipment, tools, bedding, furniture, jewelry, beauty products, electronic appliances, housewares and a lot more.

Staples is a world-famous chain of retail stores that specializes in office supplies. The most popular product categories at Staples Stores include Electronics, Office Furnishing, IT Consulting, Industry-Specific Supplies, Health & Beauty Products and Furniture. Headquartered in Framingham, Massachusetts, USA, Staples operates almost 4000 retail stores in 26 countries across the globe.