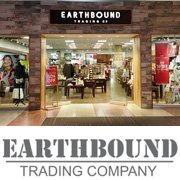 Earthbound (or Earthbound Trading Co.) is a Grapevine, Texas based American chain of retail stores that was founded in the year 1994. Hundreds of thousands of men & women visit Earthbound Trading’s eCommerce store every single month to buy clothing, jewelry, fashion accessories and decorative stuff. In this post I am going to introduce you to some of the best alternatives to Earthbound Trading. All of these fashion clothing stores offer similar quality products, while a couple of them are also cheaper than Earthbound. Below is a list followed by some basic introduction and links to the official websites of Top 10 Stores Like Earthbound.

Free People is another famous American company that specializes in Apparel, Shoes, Intimates, Swimwear and Accessories for women. All of the products offered at Free People are reasonably priced, and are of very good quality. Free People is wholly owned and operated by Urban Outfitters. Founded in the year 1984, Free People is headquartered in Philadelphia.

Asos is one of the major online retailers of fashion and beauty products. Headquartered in London, United Kingdom, Asos was founded by Nick Robertson in the month of June 2000. A collection of over 850 world-famous brands makes Asos a great alternative to Earthbound. In the year 2015, Asos generated more than 1.6 billion American Dollars in annual sales.

Pacsun (originally Pacific Sunwear) is another affordable alternative to Earthbound. Pacsun is famous for its unique range of casual clothing, inspired by the youth oriented culture and lifestyle of California. Pacsun is a publically traded company that was founded in the year 1980. Presently, Pacsun employs over 10,300 people in some 650 retail stores across the United States and Puerto Rico.

American Eagle > #6, Affordable Clothing for Everyone

American Eagle is a publicly traded business that specializes in trendy clothing, stylish footwear and accessories for men and women. If you are interested in a fashion retailer like Earthbound that offers good quality and reasonably priced range of clothing and footwear, American Eagle is highly recommended for you. Headquartered in Pittsburgh, Pennsylvania, American Eagle presently operates over 950 retail clothing stores across the United States.

Zara is a subsidiary of the Inditex business group of Spain. Inditex is the world’s biggest fashion group that runs over 6600 clothing stores across the globe. Zara was founded in the year 1974. The company specializes in trendy clothing, footwear and accessories for men, women and kids. The quality of stuff and price range at Zara Stores is comparable to Earthbound Trading.

Nordstrom > #8, Expensive Than Earthbound, But GREAT!

Modcloth is a San Francisco, California based online retailer of vintage-inspired clothing and accessories for women. Modcloth was founded by Eric Koger in the year 2002. In the year 2015, Modcloth generated over 200 million Dollars in annual sales. If you are interested in a fashion store that offers unique designs, take a look over the collection offered by Modcloth.