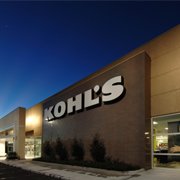 Kohl’s is a publically traded American company that operates a chain of over 1100 retail stores across the United States. The first ever Kohl’s store was opened by Maxwell Kohl in the year 1962. Kohl’s Stores offer a great collection of a wide variety of products in different categories including Clothing, Footwear, Bedding, Furniture, Jewelry, Cosmetics & Makeup, Electric Appliances and Houseware. In this post I am going to introduce you to some very good Kohl’s alternatives. Some of these stores offer almost everything that Kohl’s has to offer. While others specialize in a specific category. Keep reading to discover Top 10 stores like Kohls.

Target (or Target Corporation) is the second largest American chain of retail stores. Headquartered in Minneapolis, Minnesota, Target is also a publically traded business that was founded in the year 1902. Like Kohl’s, Target stores sell a wide range of products that includes (but not limited to), clothing, cosmetics, footwear, furniture & houseware, sport equipment and a lot more. Such a huge variety of products & great prices make Target a very good alternative to Kohls stores.

Macy’s is another very popular American chain of mid-range department stores that was founded in the month of October 1858. Headquartered in New York, United States, Macy’s, presently operates some 800 retail stores across the US. Macy’s stores primarily sell clothing, footwear, fashion accessories, bedding and so much more. in many cases, Macy’s can be a good and cheap alternative to Kohls or any other store in the United States that sell similar products.

Kmart > #3, Get Extra Discount on Everything

Kmart is another famous chain of retail stores that can also be a cheap alternative to Kohls Stores. Kmart was founded in the year 1899, presently, the company operates almost 1000 retail outlets across the United States. Kmart is very popular for its discounted rates on a wide range of products that includes (but not limited to) Clothing & Shoes for men, women and kids, bed linen, cosmetics, electronics and toys. Kmart ships its products to over 100 countries in Americas, Europe, Africa, Asia, Middle East and Australia.

The William Carter Company also known as Carter’s is one of the most famous American companies that specialize in Apparel for Children. Headquartered in Atlanta, Georgia, United States, Carter’s is a publically traded business that was founded in the year 1865. Presently, Carter’s operates over 700 retail stores across the country.

Sears is a renowned chain of retail stores in the United States. Headquartered in Hoffman Estates, Illinois, Sears was founded in the year 1886. Because of its vast range of product folio, Sears can be another good alternative to many companies including Kohl’s. The primary product categories at Sears Stores include clothing, footwear, outdoor equipment, tools, bedding, furniture, jewelry, beauty products, electronic appliances, housewares and a lot more.

T. J. Maxx is a major clothing retailer in the United States. The company is a subsidiary of TJX Companies, that was founded in the year 1976. Headquartered in Framingham, Massachusetts, United states, T. J. Maxx, presently operates over 1000 retail stores across the United States. T. J. Maxx is a great alternative to Kohl’s stores to buy discounted clothing, shoes, bedding, furniture and giftware.
Related Link: Other Stores Like T. J. Maxx

Very Similar to T. J. Maxx, Marshalls is another chain of off-price stores that is owned and operated by TJX Companies. Marshalls Stores also have almost 1000 branches across the United States, Puerto Rico and Canada. In my opinion, Marshalls could possibly be the cheapest alternative to Kohls Stores to buy branded clothing, footwear, jewelry, beauty products and fashion accessories.

Do you know about some other good stores like Kohls that you think should be added in this list? Please share with me in the comments section below.