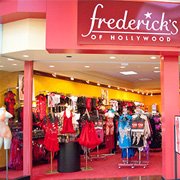 Venus is a Jacksonville, Florida based American retailer that offers hottest clothing, unique styled lingerie and swimwear for women. Venus is also a great place to buy dresses, tops, sweaters, pants & Outerwear. A beautiful collection of naughty lingerie and shapewear make Venus another very good alternative to Fredericks of Hollywood.

Bare Necessities > #3, One Of The Fastest Growing Lingerie Stores in America

Bare Necessities can be another great alternative to Fredericks of Hollywood. Headquartered in Edison, New Jersey, Bare Necessities was founded in the year 1998. The company is famous for its very unique collection of underwear, lingerie, swimwear and loungewear. Last year, Bare Necessities generated more than 66 million US Dollars in revenue.

Lulu’s is a popular American Fashion brand for women that offers up to 70% discount on a variety of products. Headquartered in California, Lulu’s was founded in the year 1995. Some of the bestselling product categories at Lulu’s include formal dresses, bridal dresses, bras & lingerie, denim, boots, handbags, jewelry and other fashion accessories.

Agent Provocateur may be a bit expensive than Fredericks of Hollywood, but it is a great place to buy luxury bridal lingerie and high-quality swimwear for women. Headquartered in London, United Kingdom, Agent Provocateur was founded in the year 1994. This company also offers a good range of hosiery, sleepwear, outerwear and fragrances.

La Senza is a wholly owned subsidiary of L Brands. The company operates over 700 retail stores and a full-featured eCommerce website. Headquartered in Montreal, Canada, La Senza was founded in the year 1990. It is a good alternative to Fredericks of Hollywood to buy hottest trends in bras, panties and lingerie.

Wet Seal is an American Chain of specialty stores that offers cost-effective and trendy fashion clothing, bras and panties for girls and young women. In addition to its in-house products, Wet Seal also sells products from other low-priced brands. Wet Seal is a good alternative to Fredericks of Hollywood and I assure you that low-price doesn’t mean low quality.

Windsor is a famous American Chain of fashion retailers that presently operates over 140 brick-and-mortar stores and a full-featured ecommerce website. Headquartered in Vernon, California, Windsor was founded in the year 1937. Windsor stores offer a huge variety of Dresses, Tops, Jackets, Bottoms, Bras, Panties and Swimwear, Shoes and other fashion accessories.

Shopbop is a great and very popular alternative to Fredericks of Hollywood that showcases a comprehensive collection of handpicked apparel, bridal lingerie, bras, panties, swimwear and fashion accessories for women. Originally founded in the year 2000, Shopbop is presently owned and operated by Amazon. Shopbop features more than 800 world-famous fashion brands.