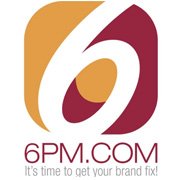 6pm is a favorite destination for millions of people to buy high-quality clothing, footwear and accessories at affordable prices. Headquartered in Henderson, Nevada, 6pm is fully owned and operated by Zappos. Some of the most popular product categories at 6pm include dresses, outerwear, athletic shoes and backpacks. In this post I am going to introduce you to some of the best clothing stores like 6pm. All of these stores offer similar quality apparel, footwear & accessories at comparable or low prices. Below is a list followed by some basic introduction and links to the official websites of Top 10 Stores Like 6pm.

Journeys is an American chain of retail stores that primarily sells footwear men, women, kids, boys and girls. Headquartered in Nashville, Tennessee, the first Journeys store was founded in the year 1986. In addition to shoes, Journeys stores also sell a collection of clothing and accessories e.g. watches, wallets, backpacks hats and belts.

Karmaloop is a privately owned, internet-based retail store that specializes in streetwear. Headquartered in Boston, United States, Karmaloop was founded in the year 2000 by Greg Selkoe. Some of the most popular streetwear, footwear and accessories brand sold at Karmaloop include 10 Deep, Adidas, Steve Madden, Pink Dolphin, Timberland and Converse.

Pacsun (originally Pacific Sunwear) is an affordable alternative to 6pm. Pacsun is famous for its unique range of casual clothing, inspired by the youth oriented culture and lifestyle of California. Pacsun is a publicly traded company that was founded in the year 1980. Presently, Pacsun employs over 10,300 people in some 650 retail stores across the United States and Puerto Rico.

Tillys is a publicly traded American company that was founded in the year 1982. Headquartered in Irvine, California, Tillys operates over 200 retail stores across the United States. Like 6pm, Tillys is a very good place to buy clothing, backpacks, shoes and accessories manufactured by your favorite brands.

Express is a great place for young and fashion-forward men and women to buy almost every type of clothing, shoes and fashion accessories. Presently, Express operates 550 retail stores across the United States and Canada. In addition to suiting, casualwear, swimsuits and accessories, Express stores also offer unique gifts at affordable prices.

Amazon > #9, All Types of Clothing, Shoes & Accessories for Everyone

Amazon is the largest internet-based retailer on the planet. Headquartered in Seattle, Washington, Amazon was founded in the month of July, 1994. Every day, millions of people visit Amazon.com to buy almost everything you can find at 6pm stores. In the year 2015, Amazon generated over 107 billion Dollars in annual sales.

Target (or Target Corporation) is the second largest American chain of retail stores. Headquartered in Minneapolis, Minnesota, Target is a publicly traded business that was founded in the year 1902. Target stores sell a wide range of products that includes (but not limited to), clothing, cosmetics, footwear, furniture & houseware, sport equipment and a lot more. Such a huge variety of products & great prices make Target a very good alternative to 6pm.