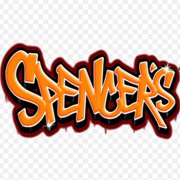 Spencer’s (or Spencer Gifts LLC.,) is an American chain of retail stores that specializes in Rock & Roll clothing, custom T-Shirts and band merchandise. Headquartered in Egg Harbor Township, New Jersey, Spencer’s was founded in the year 1947. Presently, Spencer’s operates more than 600 retail stores across the United States. In this post, I am going to introduce you to some of the best alternatives to Spencers. All of these stores offer similar quality band merchandise and majority of these retailers are cheaper than Spencers. Below is a list followed by some basic introduction and links to the official websites of Top 10 Stores Like Spencers.

Hot Topic is an American chain of retail stores that sells clothing, accessories and licensed music with a prime focus on an audience that is passionate about music and gaming. Headquartered in California, Hot Topic was founded in the year 1988. Presently, Hot Topic operates almost 650 retail stores across the United States.

Rockabilia > #2, Quality of Stuff & Price is Similar to Spencer’s

Rockabilia is another great alternative to Specers that offers a huge collection of shirts, shoes, sweatshirts, bottoms and fashion accessories from famous Hollywood movies and music bands. Headquartered in Chanhassen, Minnesota, Rockabilia was founded in the year 1997. The price range and quality of stuff offered by Rockabilia is comparable to Spencers.

Rock World East is another very good alternative to Spencers to buy licensed rock, metal, punk, hip hop and entertainment merchandise. Headquartered in Eastern Canada, Rock World East was founded in the year 2003. Since then, the company produced remarkable growth, year-after-year, making it one of the most popular names in this category.

Threadless > #6, Everything Sold Here is Designed by Independent Artists

Threadless is an American eCommerce website that sells products, designed by thousands of independent artists from around the globe. Headquartered in Chicago, Illinois, Threadless is a subsidiary of SkinnyCorp LLC., that was founded in the year 2000. The most popular stuff sold at Threadless include casual clothing for men, women, kids, toddlers & babies, phone cases, mugs, bags, art prints and a lot more.

Redbubble is a publicly traded, Australian company that specializes in on-demand printing services, based on user-submitted artwork. Headquartered in Melbourne, Redbubble was founded in the year 2006. The bestselling products at Redbubble include T-shirts, hoodies, cushions, duvet covers, leggings, skirts and scarves. In the last fiscal year, Redbubble generated over 86 million US Dollars in revenue.

Ill Rock Merch is an Elmsford, New York based company that is famous for its iconic and new band merch designs. All of the clothing and accessories sold at Ill Rock Merch is legally licensed and of very high quality. If you are a satisfied Spencer’s customer, I hope you’ll definitely love Ill Rock Merch.

MerchNOW is an American eCommerce company that sells band merchandise and licensed music. Headquartered in Albany, New York, MerchNOW was founded in the year 2002. Presently, the company has a huge inventory of over 40,000 products featuring more than 1000 world-famous artists. The price-range at MerchNOW is comparable to Spencers.

Liquid Blue is online clothing and accessories retailer that specializes in Band Merch. Headquartered in Lincoln, Rhode Island, Liquid Blue was founded in the year 1990. The first-ever product made by Liquid Blue was tie-dye t-Shirts for the Grateful Dead. Presently, the makes licensed T-shirts for many other Rock Bands including Jerry Garcia, Pink Floyd, Beatles and more.