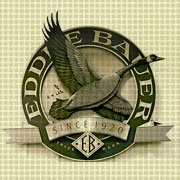 Eddie Bauer is a privately owned business that operates over 370 specialty stores across the United States, Canada, Japan and Germany. Founded in the year 1920, Eddie Bauer is headquartered in Bellevue, Washington. The company offers a wide range of product categories but the primary portfolio of Eddie Bauer is based on Clothing, Sportswear, Shoes and Outdoor Gear. The official website (a full-featured online shop) of the company was launched in the year 1996. If you are on this page, I’m sure you are interested to read about Eddie Bauer’s alternative brands. below is a list and some basic introduction to Top 10 stores like Eddie Bauer.

If you have been looking for an Eddie Bauer alternative to buy outerwear, fleece, coats and footwear, I strongly recommend that you take a look over The North Face. The company also offers a beautiful collection of outdoor equipment e.g. backpacks, tents and sleeping bags. The North Face was founded in the year 1968 and the headquarter of the company is located in California.

Lands’ End is a great alternative to Eddie Bauer that specializes in clothing and shoes for men, women and kids. Some of the other popular categories at Lands’ End include home decor, beach towels, hats and school uniforms. Headquartered in Dodgeville, Wisconsin, United States, Lands’ End was founded the year 1963. In addition to the US stores, Lands’ End also operates several retail outlets across the United Kingdom, Germany, Japan, France and Austria.

If you have been searching for a good alternative to Eddie Bauer to buy weatherproofed outerwear, fine-quality packs and gear and shoes for men, women and kids for freezing temperatures, Patagonia is a great option to go with. I personally love their lightweight, windproof and water-resistant jackets. Headquartered in Ventura, California, Patagonia was founded in the year 1973.

American Eagle is a publically traded business that specializes in trendy clothing, stylish footwear and accessories for men and women. If you are interested in an Eddie Bauer alternative that offers good quality and reasonably priced range of clothing and footwear, American Eagle is highly recommended for you.  Headquartered in Pittsburgh, Pennsylvania, American Eagle presently operates over 950 retail clothing stores across the United States.

Canada Goose may be a bit expensive than Eddie Bauer, but it is one of the best manufacturers of Arctic Apparel in the world. Canada Goose was founded in the year 1957 and is headquartered in Toronto, Canada. The most popular products of Canada Goose include Hybridge Lite Jacket, Garson Vest and Coastal Shell Jacket.

Arc’teryx (previously known as ROCK SOLID) is famous for its leading innovations in world-class outdoor equipment that are primarily used in Rock Climbing, Hiking, Snowboarding and Skiing. Headquartered in North Vancouver, Canada, Arc’teryx was founded in the year 1989. If you are an existing Eddie Bauer customer, I’m sure you’ll love Arc’teryx products too.

REI is a Washington based chain of retail stores that offers high quality clothing, footwear and sporting equipment (e.g. for cycling, for camping and for snowboarding etc.). REI can be a great alternative to Eddie Bauer for you to buy latest gear, high quality cold weather boots and clothing for men, women and kids.

Orvis is the last entry on this post as a similar store like Eddie Bauer that specializes in high-end fly fishing, hunting and sporting equipment. Orvis is a family-owned business that was founded by Charles F. Orvis in the year 1856. Presently, Orvis operates over 70 retail stores across the United States. The headquarter of the company is located in Sunderland, Vermont.

Have you already purchased something from one or more of these similar brands? Do you know about some other good stores like Eddie Bauer that you want to share with us? Please leave a comment below this post.