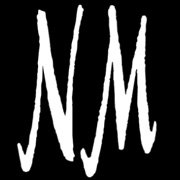 Neiman Marcus is a very famous American chain of luxury department stores that sell designer apparel, shoes, handbags, and beauty products. Some of the most popular designer brands at Neiman Marcus include Michael Kors, Tory Burch, Burberry, and Christian Louboutin. Headquartered in Dallas, Neiman Marcus operates over 40 stores across the United States. In this post, I am going to introduce you to some of the best department stores like Neiman Marcus. All of these stores offer high-end designer clothing and authentic fashion accessories by World-Famous Fashion Designers. Below is a list followed by some basic introduction and links to the official websites of Top 10 Stores Like Neiman Marcus.

J Crew is one of the major American retailers that offer premium quality clothing, footwear and accessories for men, women and kids. J Crew was founded in the year 1983 by Emily Scott. The headquarter of J Crew is located in New York, United States. The quality of stuff offered by J Crew is very similar to Neiman Marcus.

Dillard’s is a publicly traded business that was founded in the year 1938. Headquartered in Little Rock, Arkansas, Dillard’s presently operates over 330 department stores across the United States. Like Neiman Marcus, Dillard’s is a good place to buy high-quality clothing, shoes, bags, beauty products and accessories for women, juniors, men and kids.

Alice & Olivia > #7, Operated by a Team of Fashion Fanatics

Alice & Olivia can be another good alternative to Neiman Marcus to buy designer clothing for women. headquartered in New York, the first Alice & Olivia store was launched in the year 2002. The company is operated by a team of fashion fanatics lead by world-famous fashion designer Stacey Bendet.

Eileen Fisher is a high-end American fashion brand that was founded with just USD 350 in startup money in 1984. In 2015, Eileen Fisher generated more than USD 300 Million in annual sales. Presently, Eileen Fisher has almost 60 retail stores in the United States, Canada and United Kingdom.

Macy’s is another very popular American chain of mid-range department stores that was founded in the month of October 1858. Headquartered in New York, United States, Macy’s, presently operates some 800 retail stores across the US. Macy’s stores primarily sell clothing, footwear, fashion accessories, bedding and so much more. in many cases, Macy’s can be a good and cheap alternative to Neiman Marcus or any other store in the United States that sell similar products.