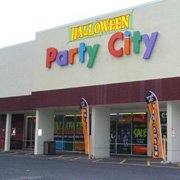 Party City is a Rockaway, New Jersey based American chain of retail stores that specializes in Party Supplies, Party Decorations and Halloween Costumes. Founded in the year 1986, Party City operates more than 900 Party Supplies Stores across the United States. Last year, Party City generated over 2.5 billion Dollars in annual sales. In this post I am going to introduce you to some of the best Party Supplies Stores like Party City. All of these stores offer similar quality products, while some of them are cheaper than Party City. Below is a list followed by some basic introduction and links to the official websites of Top 10 Stores Like Party City.

Michaels is an American chain of retail stores that specializes in Party & Arts Supplies. Headquartered in Irving, Texas, Michaels Stores, Inc. was founded in the year 1976. Presently, the company operates 1263 arts & crafts stores across the United States and Canada. Last year, Michaels Stores generated almost 500 million US Dollars in revenue.

Dollar Tree is one of the best and very affordable stores to buy Floral Supplies, Party Supplies, Cleaning Supplies and a lot more. As the name suggests, everything sold at Dollar Tree costs $1 or less. This makes Dollar Tree the cheapest alternative to Party City.

Walmart > #6, Everything Thing You Need to Make Your Party The BEST!

Amazon is the largest internet-based retailer on the planet. Headquartered in Seattle, Washington, Amazon was founded in the month of July, 1994. Every day, millions of people visit Amazon.com to buy almost everything you can find at Party City. In the year 2015, Amazon generated over 107 billion Dollars in annual sales.

Target > #8, A Huge Range of Products Under Several Categories

Target (or Target Corporation) is the second largest American chain of retail stores. Headquartered in Minneapolis, Minnesota, Target is a publically traded business that was founded in the year 1902. Target stores sell a wide range of products that includes (but not limited to), clothing, cosmetics, footwear, furniture & houseware, sport equipment and a lot more. Target also supplies a great variety of products under Party Supplies category.

Shindigz is the world’s first online Party Superstore and one of the biggest names in Part Supplies in the United States. Originally founded in 1926, Shindigz launched its eCommerce store in the year 1999. Shindigz is a great alternative to Party City to buy Party Decoration, Party Costumes, Decorative Stuff, Personalized Invitations, Plates, Cups, Photo Stands and a lot more.