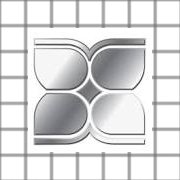 The name BCBG is an abbreviation to “Bon Chic, Bon Genre”, a French Phrase for a Parisian slang meaning “good style, good attitude”. BCBG was founded in the year 1989 by Max Ariza. Today, BCBG is a well-reputed member of the CFDA (Council of Fashion Designers of America). Fashion collection from BCBG was first presented at New York Fashion Week in the year 1996. In this post I am going to introduce to some BCBG equivalent fashion retailers. All of these stores offer designer fashion at comparable prices. Below is a list and some basic information about Top 10 Stores Like BCBG.

Alice + Olivia is a New York based, fashion-forward clothing company that is operated by designer Stacey Bendet. First introduced in the year 2002, Alice + Olivia gained immediate popularity because of its innovative and mindful designs. Today, Alice + Olivia is sold in more than 50 countries across the world and I have placed it at #1 on my list of Brands like BCBG.

Guess is a world-famous American fashion brand and retailer that was founded by Paul Marciano in the year 1981. The price range at Guess is might not match with BCBG stores, but if you prefer style and quality over price, I hope visiting a Guess Stores would be a very good experience for you.

Topshop is a London, United Kingdom based fashion retailer that specializes in clothing, footwear, cosmetics and accessories for women. Presently, Topshop operates some 500 retail stores in several countries across the world. Founded in the year 1964, Topshop is fully owned and operated by the Arcadia Group. If you are not too price-conscious, Topshop can be a good alternative to BCBG Stores for you.

Bebe is an American, Women’s clothing specialist company that was founded in the year 1976. Bebe is a good alternative to BCBG Stores to buy dresses and accessories for almost every occasion. Headquartered in California, United States, Bebe operates more than 300 retail outlets across the country. In 2015, Bebe Stores generated over 1000 million American Dollars in annual sales.

J Crew is one of the major American retailers that offer premium quality clothing, footwear and accessories for men, women and kids. J Crew was founded in the year 1983 by Emily Scott. The headquarter of J Crew is located in New York, United States. In some cases, the price range of clothing and footwear at this store might be a bit higher than BCBG. But I assure you, the quality of stuff at J Crew will never disappoint you.

Free People is a famous American company that specializes in Apparel, Shoes, Intimates, Swimwear and Accessories for women. All of the products offered at Free People are reasonably priced, and are of very good quality. In other words, Free People is a cheap alternative to BCBG stores.

Asos is one of the major online retailers of fashion and beauty products. Headquartered in London, United Kingdom, Asos was founded by Nick Robertson in the month of June 2000. A collection of over 850 world-famous brands makes Asos a great alternative to BCBG Stores. In the year 2015, Asos generated more than 1.6 billion American Dollars in annual sales.

Ann Taylor > #9, From The Land of Fashion

Forever 21 is another famous chain of retail stores and a cheap alternative to BCBG Stores to buy trendy clothing, accessories and footwear for men and women. Forever 21 was founded in the year 1984 by Don Won Chang. In the year 2015, Forever 21 generated over 4.4 billion USD in annual sales.

Have you already tried any of these alternative brands? Do you know about some other good stores like BCBG that you have personally tried? Please don’t forget to share your experience with the visitors of this page by leaving a comment below.