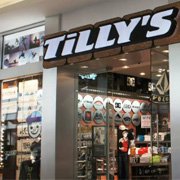 Tillys is a publicly-traded American company that runs a major chain of retail stores across the United States. Headquartered in Irvine, California, the first-ever Tillys Store was opened in the year 1982. Presently, Tillys has more than 200 stores across the country. Tillys stores are famous for their comprehensive variety of products under several categories including surfwear, skatewear, action sports equipment, shoes, and accessories. In this post, I’m going to introduce you to some of the best alternatives to Tillys. Below is a list, followed by some basic introduction and links to the official websites of stores like Tillys.

PacSun > #2, Similar To Tillys But Cheap In Most Cases

Pacsun (originally Pacific Sunwear) is another affordable alternative to Tillys. Pacsun is famous for its unique range of casual clothing, inspired by the youth-oriented culture and lifestyle of California. Pacsun is a publicly-traded company that was founded in the year 1980. Presently, Pacsun employs over 10,300 people in some 650 retail stores across the United States and Puerto Rico.

Neff Headwear is a wholly-owned subsidiary of Mad Engine Inc. Neff Headwear is primarily famous for its finest quality range of beanies, hats, tees, gloves, and related accessories. Headquartered in Camarillo, California, Neff Headwear was founded in the year 2002. Presently, Neff Headwear products are available in over 45 countries across the Americas, Europe, and Oceania.

Volcom is a wholly-owned subsidiary of Kering. Volcom is famous for its high-quality range of board-sports products. Volcom was founded in the year 1991 and is headquartered in Orange County, California. Some of the most popular products designed, manufactured, and sold by Volcom include Boardshorts, Hoodies, Sweatshirts, Beanies, Backpacks, Footwear, and other related accessories.

Billabong is a world-famous Australian brand that is famous for its fine quality range of sportswear, casual clothing, wristwatches, backpacks, and other accessories for men and women. Headquartered in Queensland, Australia, Billabong was founded in the year 1973. Last year, Billabong generated over 1500 Million American Dollars in revenue.

Hollister is known to be the second most preferred clothing brand for teenagers in the United States. Founded in the year 2000, Hollister is a division of Abercrombie & Fitch. The company is famous for its high-quality and low-priced range of casual clothing, footwear, and swimwear for guys and girls. Headquartered in New Albany, Ohio, Hollister operates almost 600 retail stores across the United States.

Vans is an American manufacturer of footwear that was originally founded in the year 2004. Presently, Vans is a wholly-owned subsidiary of VF Corporation. In addition to a comprehensive range of shoes for men, women, and kids, Vans is also a good place to buy clothing and accessories for skateboarding, snowboarding, and surfing.

Hot Topic is an American chain of retail stores that sells clothing, accessories, and licensed music with a prime focus on an audience that is passionate about music and gaming. Headquartered in California, Hot Topic was founded in the year 1988. Presently, Hot Topic operates almost 650 retail stores across the United States.

6pm is an amazing eCommerce website that gives you the option to shop your favorite brands from the convenience of your home. A huge variety of footwear, bags, clothing, and accessories for men, women, and kids ensures that 6pm has something for everyone. The most popular brands at 6pm include The North Face, Puma, Calvin Klein, Nike, and many others.

Eddie Bauer guarantees 100% satisfaction on its entire range of products that include outerwear, clothing, footwear, and gear for men and women. Eddie Bauer was founded in the year 1920 and presently the company is headquartered in Seattle, Washington, United States. Eddie Bauer operates hundreds of retail outlets and the primary focused area of the company is United States, Canada, Germany, and Japan.