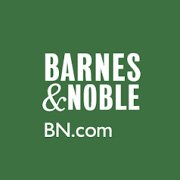 Amazon is the largest internet-based retailer on the planet. Headquartered in Seattle, Washington, Amazon was founded in the month of July, 1994. Amazon is the greatest alternative to Barnes and Noble to buy all types of books, magazines, audio books, music and much more. In the year 2015, Amazon generated over 107 billion Dollars in annual sales.

Books-A-Million > #2, A Major Physical & Digital Bookstore in The United States

Books A Million is the second largest chain of book stores in the United States. Headquartered in Birmingham, Alabama, Books A Million (or BAM!) was founded in the year 1917. Books a Million can also be a great alternative to Barnes and Noble to buy all kinds of physical and digital books.

Smashwords is a very popular platform that gives independent authors and publishers to showcase their work in front of millions of people worldwide. Authors simply upload their manuscripts on Smashwords servers which converts them to multiple ebook formats. Once published, the ebooks are made available for sale online. Headquartered in Los Gatos, California, Smashwords was founded in the year 2008.

Half Price Books > #4, Similar to Barnes & Noble but Cheap

Chapters is a subsidiary of Indigo Books & Music Canada. Headquartered in Toronto, Ontario, Chapters was founded in the year 1995. In addition to a huge collection of books, Chapters Stores also offer an impressive assortment of music, DVDs and gifts. Presently, Chapters has almost 250 retail bookstores across the country.

If you are a real book reader, I’m sure you are going to fall in love with Alibris. This is actually an internet -based book seller that has a great collection of out-of-print and rare books. Alibris also stocks a good collection of new and used books making it a very good alternative to Barnes & Noble.

AbeBooks is a wholly owned subsidiary of Amazon. Headquartered in British Columbia, Canada, AbeBooks was originally founded in the year 1996. The company offers a good range of books, collectibles and ephemera. AbeBooks also has a nice collection of rare and out of print books.

Originally, Kobo was a Canadian book-selling company that was founded in the year 2009. Presently, Kobo is a wholly owned subsidiary of Rakuten. Kobo can be a great alternative to Barnes and Noble for you to buy eBooks, e-Readers, Tablet Computers and Reading Applications.