10 Stores Like Madewell to Find Seriously Great Jeans for Women 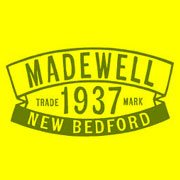 Headquartered in the New York City and originally founded in the year 1937, Madewell is wholly owned and operated by J. Crew since 2004. The company specializes in fast-fashion and the primary audience of Madewell is young women. Some of the most popular products of Madewell include Jeans, Leather Jackets, Boots & Tees. In this post I’m going to introduce you to the best Madewell alternatives. The price range at some of them is comparable while others are cheaper. Below is a list and some basic information about Top 10 stores like Madewell.

If you are a fashion-forward, free thinking teenage girl or a woman in her early twenties, Nasty Gal is the best alternative of Madewell for you. The company offers a highly curated selection of vintage pieces. In addition to its beautiful collection of Denim & Boots, you can also find a comprehensive collection of swimwear, lingerie & dresses for almost all types of occasions. The quality of products at Nasty Gal is comparable to Madewell but the prices are lower.

Old Navy is wholly owned and operated by GAP Inc. a very popular name in retail clothing industry in the United States. The company was founded in the year 1994 and presently it is headquartered in San Francisco. Old Navy is the first American clothing retailer to pass USD 1 billion in its first four years in business.

Topshop > #3, Must Have Dresses, Coats & Shoes for Women

If you are looking for a cheap alternative to Madewell to purchase must-have dresses, footwear and outerwear, take a look over Topshop. The company is a London based chain of clothing retailers with over 500 stores in 40 countries across the world. The popular product categories at Topshop include clothing, shoes, accessories and makeup.

Anthropologie is another famous American chain of clothing stores for women. The company was founded in the year 1992 by Richard Hayne. Headquartered in Philadelphia, Pennsylvania, Anthropologie presently operates 216 retail outlets in the US. Major product categories include clothing, accessories, cosmetics and shoes and home décor. The price range at Anthropologie is lower than Madewell, while the quality of stuff is comparable.

While Nordstrom is not a cheap alternative to Madewell, but it is a great place to buy clothing, shoes, jewelry and accessories for men and women. Nordstrom was founded in the year 1901 by John W. Nordstrom. Headquartered in Seattle, Washington, Nordstrom presently operates 118 upscale retail stores across the United States.

Named after a famous French dessert, Charlotte Russe is a very famous American retailer of clothing for women. The very first Charlotte Russe store was opened in the year 1975. Presently it has over 500 branches. Headquartered in San Diego, Charlotte Russe is an incredibly cheap alternative to Madewell, while the quality of products especially Jeans and Boots is very similar.

H&M is another cheap alternative to Madewell. The Presence on more than 3700 locations in 60 countries across the Americas, Europe, Asia and Australia, makes H&M the second largest name in retail clothing industry in the world. H&M was founded in the year 1947 and presently it is headquartered in Stockholm, Sweden.

American Eagle is the last entry on this post as an alternative to Madewell. Headquartered in Pittsburgh, Pennsylvania, American Eagle operates almost 950 retail outlets and a full-featured ecommerce store. Some of the most popular products of the company include low-rise jeans, polo shirts and sweaters.

Have you ever tried any of these clothing stores? If yes, please share you experience in the comments section below. Moreover, please do not forget to share if you know about some other good clothing stores like Madewell.