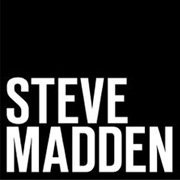 Steve Madden LTD is an American shoe company that was founded by world-famous designer Steve Madden in the year 1990. Steve Madden Limited is famous for its very unique and stylish range of casual shoes, sneakers, dress shoes, and sandals. Steve Madden also designs, manufactures, and sells a beautiful mix of handbags, shoulder bags, other leather goods, and fashion accessories. In this post, I am going to introduce you to some of the best alternative designer brands and stores like Steve Madden. All of these stores offer similar quality footwear for men, women & kids. Below is a list followed by some basic introduction and links to the official websites of Top 10 Stores Like Steve Madden.

Aldo is a privately owned, world-famous Canadian chain of retail stores that primarily sells fashion footwear and accessories. Headquartered in Montreal, Quebec, Aldo was founded by Aldo Bensadoun in the year 1972. Presently, The Aldo Group operates over 2000 Aldo Stores across Canada, the USA, United Kingdom, Ireland, and many other countries.

DSW (or Designer Shoe Warehouse Inc.) is a publicly-traded American company that was founded in the year 1969. Headquartered in Columbus, Ohio, DSW has almost 500 retail stores across the United States. The most popular product categories at DSW Stores include Shoes, Boots, Sandals, and Handbags.

Zappos is wholly owned and operated by Amazon. Headquartered in Las Vegas, Zappos is a famous online retailer that offers a wide range of footwear, clothing, and accessories for men, women, and kids. In addition to shoes, Zappos also has an impressive variety of Wrist Watches, Gloves, Belts, Scarves, Wallets, and Handbags. If you are looking for an all-in-one alternative to Steve Madden, I hope you’ll love to shop online at Zappos.

Skechers is a publicly-traded American apparel and shoe company with a prime focus on performance footwear for men, women, and kids. Headquartered in Manhattan Beach, California, Skechers was founded in the year 1992. The company owns and operates over 500 retail stores. Skechers is a good alternative to Steve Madden to buy all kinds of athletic shoes and streetwear.

Nine West > #7, A Good Alternative to Steve Madden For Women

Nine West is a privately-owned wholesale & retail business that specializes in stylish footwear and handbags for women. headquartered in New York City, Nine West was founded in the year 1973. In addition to shoes and handbags, Nine West Stores also sell a good range of accessories that include watches, sunglasses, jewelry, and scarves.

Cole Haan is a subsidiary of Apax Partners and it specializes in high-quality footwear and accessories for men and women. Headquartered in Greenland, New Hampshire, Cole Haan was originally founded in the year 1928. Presently, the Apax Partners operates more than 70 Cole Haan Stores across the United States.

J Crew is one of the major American retailers that offer premium quality clothing, footwear, and accessories for men, women, and kids. J Crew was founded in the year 1983 by Emily Scott. The headquarter of J Crew is located in New York, United States. In some cases, J Crew may be expensive than Steve Madden. But I assure you, the quality of shoes offered by J Crew will never disappoint you.

Bluefly is a major and one of the most popular online fashion retailers. Bluefly was launched in the year 1998. Since then, millions of people from around the globe trust Bluefly to shop their favorite brands. Some of the most popular fashion brands sold at Bluefly include Brooks Brothers, Fendi, Gucci, Prada and Christian Dior.