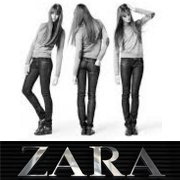 Zara is a world-famous, Spanish chain of clothing stores that was founded in the year 1974 by Amancio Ortego and Rosalia Mera. Zara specializes in clothing, footwear and accessories for men, women and kids. Presently, Zara is wholly owned and operated by the Inditex Group. Headquartered in Arteixo, Galicia, Spain, Zara operates over 2000 retail stores in several countries around the world. in the year 2015, Zara Stores generated 11,594 million Euros in annual sales. In this post I’m going to introduce you to some similar clothing stores like Zara. All of these alternative stores offer similar quality stuff, but some of these stores are cheaper than Zara.

H&M is the second largest clothing retailer on the planet and one of the cheapest alternatives to Zara Stores. Headquartered in Stockholm, Sweden, H&M was founded in the year 1947. Presently, H&M operates over 3700 retail stores in 60 countries. In the year 2015, H&M generated almost 170 billion SEK in revenue.

Bershka is wholly owned and operated by Inditex, the biggest fashion group on the planet. Headquartered in Arteixo, Spain, Bershka was founded in the month of April 1998. While Bershka is not a direct competitor, but you can find almost everything here that Zara Stores has to offer. In the year 2015, Bershka generated 1.7 Trillion Euros in annual sales.

Pull & Bear is another famous Spanish chain of clothing stores that specializes in casual clothing, formal dressing, footwear and fashion accessories for men and women. Pull & Bear is also owned and operated by the Inditex Group. Presently, Pull & Bear has almost 900 retail stores in several countries across the globe. In the year 2015, Pull & Bear generated 1.5 billion US Dollars in revenue.

Topshop is a London, United Kingdom based fashion retailer that specializes in clothing, footwear, cosmetics and accessories for women. Presently, Topshop operates some 500 retail stores in several countries across the world. Founded in the year 1964, Topshop is fully owned and operated by the Arcadia Group. If you are not too price-conscious, Topshop can be a good alternative to Zara Stores for you.

Forever 21 is a famous American chain of retail stores and a cheap alternative to Zara stores to buy trendy clothing, accessories and footwear for men and women. Forever 21 was founded in the year 1984 by Don Won Chang. In the year 2015, Forever 21 generated over 4.4 billion USD in annual sales.

Uniqlo > #7, a World-Famous Clothier from Japan

Uniqlo is a Yamaguchi, Japan based company that is owned and operated by Fast Retailing Co., Ltd. Uniqlo specializes in casual clothing for men, women and kids. The company has a full-fledged in-house system to design, manufacture and market its products. presently, Uniqlo operates several retail stores in 14 countries across the globe.

Have you already tried any of these Zara alternatives? If yes, how was your overall shopping experience? Do you know about some other similar clothing stores like Zara that you have personally tried? Please share your knowledge and shopping experiences in the comments section below.