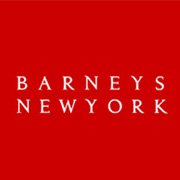 Barneys (or Barneys New York) was a famous American chain of luxury department stores that specialized in upscale Clothing, Designer Shoes, Handbags & other high-end leather goods for men and women. Some of the most popular brands sold at Barneys stores included Saint Laurent, Fendi, Balenciaga, Gucci, Bonpoint, and Nununu.

Now that Barneys is gone, we hope you are looking for some alternative stores. On this page, we have shared some of the best luxury department stores like Barneys. All of these stores sell the finest quality products by world-famous designers. Below is a list, followed by some basic introduction and links to the official websites of Top 10 Department Stores Like Barneys.

SSENSE is a Canadian, luxury fashion retailer (for men and women) that features over 200 independent and world-famous fashion designers from around the globe. The primary product range at SSENSE can be divided into four different categories that include Clothing, Shoes, Bags, and Fashion Accessories. SSENSE is headquartered in Montreal, Quebec, Canada.

Bluefly > #3, An Internet-Based Alternative To Barneys

Bluefly is a major and one of the most popular online fashion retailers. Bluefly was launched in the year 1998. Since then, millions of people from around the globe trust Bluefly to shop for their favorite brands. Some of the most popular fashion brands sold at Bluefly include Brooks Brothers, Fendi, Gucci, Prada, and Christian Dior.

Bloomingdale’s is a wholly-owned subsidiary of Macy’s Inc. and it was originally founded in the year 1861. Headquartered in New York City, Bloomingdale’s operates a chain of upscale department stores across the United States. Bloomingdale’s is famous for its finest quality collection of clothing, shoes, high-end leather goods, accessories, and home decor products.

J Crew is one of the major American retailers that offer premium quality clothing, footwear, and accessories for men, women, and kids. J Crew was founded in the year 1983 by Emily Scott. The headquarter of J Crew is located in New York, United States.

Lord & Taylor is known to be the oldest chain of department stores in the United States. Headquartered in New York, Lord & Taylor was originally founded in the year 1826. In addition to clothing, footwear, and accessories, Lord & Taylor Stores also offer a good variety of classy perfumes, electronics, and houseware.

Coach is an American, Luxury Fashion brand and a very good alternative to Barneys. Headquartered in New York City, Coach was founded in the year 1941. The most popular product categories at Coach Stores include Bags, Wallets and high-end Clothing for men and women. Coach also offers a good variety of fancy watches, sunglasses, belts and key rings.

Kate Spade is a world-famous, American design house that is wholly owned by Liz Claiborne. Headquartered in New York, Kate Spade was founded in the year 1993. Presently, Kate Spade operates 315 stores across the United States & Europe. Moreover, Kate Spade’s merchandise can be found at high-end department stores in almost every country worldwide.