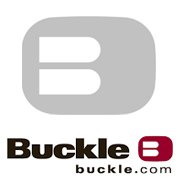 Buckle is a publically traded American company that operates a chain of retail stores. Buckle Stores offer a huge variety of clothing, footwear and fashion accessories. The primarily focused audience at Buckle is men and women in their early twenties. Headquartered in Kearney, Nebraska, Buckle, presently operates more than 450 clothing stores across the United States. In this post, I’m going to introduce you to some very good alternatives to Buckle. All of these stores sell similar quality products, but most of them are cheaper. Below is a list followed by some basic information & web links to Top 10 Stores Like Buckle.

If you are looking for a Buckle Store’s alternative that offers high quality Denim Jeans, I strongly recommend that you try Lucky Brand. This Vernon, California based company was founded by Carlos Alberini in the year 1990. In addition to a huge variety of Jeans for men and women, Lucky Brand also showcases a good collection of fashion accessories and shoes.

American Eagle is a publically traded business that specializes in trendy clothing, stylish footwear and accessories for men and women. If you are interested in a Buckle alternative that offers good quality and reasonably priced range of clothing and footwear, American Eagle is highly recommended for you.  Headquartered in Pittsburgh, Pennsylvania, American Eagle presently operates over 950 retail clothing stores across the United States.

Aéropostale is a famous American chain of clothing and accessories stores. A comprehensive range of casual and active-wear for guys and girls makes Aéropostale a very good alternative to Buckle Stores. The primary audience of this clothing retailer ages between 14 to 40 years. Aéropostale was founded in the year 1973. Presently, the company operates some 860 retail stores across the United States, Canada, Mexico, UAE, Turkey, Ireland and many other countries.

Pacsun (originally Pacific Sunwear) is another affordable alternative to Buckle Stores. Pacsun is famous for its unique range of casual clothing, inspired by the youth oriented culture and lifestyle of California. Pacsun is a publically traded company that was founded in the year 1980. Presently, Pacsun employs over 10,300 people in some 650 retail stores across the United States and Puerto Rico.

Guess is a world-famous American fashion brand and retailer that was founded by Paul Marciano in the year 1981. Guess Stores are definitely expensive than Buckle, but if you prefer style and quality over price, I hope visiting a Guess Stores would be a very good experience for you.

Forever 21 is that last entry on my today’s post. F21 is a cheap clothing store like Buckle to buy trendy clothing, accessories and footwear for men and women. Forever 21 was founded in the year 1984 by Don Won Chang. In the year 2015, Forever 21 generated over 4.4 billion USD in annual sales.

If you have already tried some or at least one of these similar stores, please share your shopping experience in the comments section below. Moreover, if you know about some other good stores like Buckle, I’d love to hear about that too.