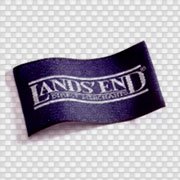 Lands’ End is a Chicago, Illinois based, American chain of clothing stores. The company is actually a publically traded business. The first ever Lands’ End Store was founded in the year 1963. Presently, the company owns and operates dozens of Lands’ End stores across the United States, UK, Germany, Japan, France and Austria. The primary product categories at Lands’ End Stores are based on clothing, luggage, outdoor gear and home furnishing. The rest of this post covers some great alternatives to this popular retailer. Below is a list, followed by the basic introduction to the top 10 stores like Lands’ End.

Sears is a renowned chain of retail stores in the United States. Headquartered in Hoffman Estates, Illinois, Sears was founded in the year 1886. Because of its vast range of product folio, Sears can be a great alternative to many companies including Lands’ End. The primary product categories at Sears Stores include clothing, footwear, outdoor equipment, tools, bedding, furniture, jewelry, beauty products, electronic appliances, housewares and a lot more.

Kmart is another famous chain of retail stores that can also be a cheap alternative to Lands’ End. Kmart was founded in the year 1899, presently, the company operates almost 1000 retail outlets across the United States. Kmart is very popular for its discounted rates on a wide range of products that includes (but not limited to) Clothing & Shoes for men, women and kids, bed linen, cosmetics, electronics and toys. Kmart ships its products to over 100 countries in Americas, Europe, Africa, Asia, Middle East and Australia.

J Crew is one of the major American retailers that offer premium quality clothing, footwear and accessories for men, women and kids. J Crew was founded in the year 1983 by Emily Scott. The headquarter of J Crew is located in New York, United States. The price range of clothing and footwear at this store might be a bit higher than Lands’ End. But I assure you, the quality of stuff at J Crew will never disappoint you.

Talbots is a good alternative to Lands’ End for women. The company specializes in trendy clothing, fashion accessories and footwear for women. Talbots was founded in the year 1947 and it is headquartered in Hingham, Massachusetts, United States. Presently, Talbots employs over 9000 people in more than 500 retail stores across the US and Canada.

If you have been searching for a good alternative to Lands’ End to buy weatherproofed outerwear, fine-quality packs and gear or shoes for men, women and kids for freezing temperatures, Patagonia is a great option to go with. I personally love their lightweight, windproof and water-resistant jackets. Headquartered in Ventura, California, Patagonia was founded in the year 1973.

If you have been looking for a Lands’ End alternative to buy outerwear, fleece, coats and footwear, I strongly recommend that you take a look over The North Face. The company also offers a beautiful collection of outdoor equipment e.g. backpacks, tents and sleeping bags. The North Face was founded in the year 1968 and the headquarter of the company is located in California.

Brooks Brothers > #10, The Oldest Clothier for Men in USA

Brooks Brothers is known to be the original authority on American Fashion. The company in fact is the oldest clothier for men in the United States. Brooks Brothers is a privately owned business that offers a high quality and beautiful range of modern clothing, shoes, accessories and fragrancies for men, women and kids. Brooks Brothers was founded in the year 1818 and the headquarter of the company is in New York.