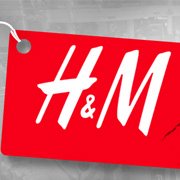 H and M (a.k.a. H&M or Hennes & Mauritz) is the second-largest chain of retail clothing stores in the world. The company was started by Erling Persson in the year 1947 and presently it is headquartered in Stockholm, Sweden. H and M operate over 3700 retail clothing stores located in 61 countries. The company is famous for its ultimate collection of all kinds of clothing for women, men, and kids at incredibly cheap rates. In this post, I’m going to introduce you to some other famous and affordable clothing retailers. Below is a list and basic information about Top 10 clothing stores like H and M.

Zara is wholly owned and operated by Inditex, a Spanish business group that is also the world’s largest clothing retailer. Zara was founded in the year 1974 by Amancio Ortega & Rosalía Mera. Presently, there are over 2000 Zara stores in 88 countries across the Americas, Asia, Africa, Europe, and Oceania. Because of its huge and exceptional variety of clothing for everyone at home and very low prices, I placed Zara is on the top of my list of clothing stores like H and M.

Like Zara, Bershka is also owned by the Inditex Business Group of Spain. The company primarily sells clothing and accessories for adventurous young people e.g. teenage boys and girls. Founded in the year 1998, Bershka generated 1.7 Trillion Euros in revenue in the year 2014 alone. Currently, it is the world’s largest clothing retailer and a great alternative to H and M.

Old Navy is another popular alternative to H an M that is owned and operated by Gap Inc. of the United States. Old Navy was founded in the year 1994 and it is the first chain of clothing stores to cross USD 1 billion in the first 4 years after the launch. Headquartered in San Francisco, Old Navy operates 1020 retail clothing and accessories stores. Visit the official website of the company to buy fashionable, high-quality, and reasonably priced clothing for women, men, boys, girls, and kids of all ages including toddlers.

Forever 21 is the 5th largest in the United States and one of my personal favorite clothing stores. Headquartered in Los Angeles, Forever 21 was founded in the year 1984. The company is famous for its inexpensive but very stylish range of clothing and accessories for men and women. This H and M alternative generated over USD 4.4 billion in revenue in 2015. Forever 21 has a plan to become a USD 8 billion company by 2017.

With over 500 stores across 40 countries, Topshop is one of the leading British fashion retailers. Topshop offers a beautiful collection of affordable clothing, fashion accessories, cosmetics, and shoes for women. Founded in the year 1964, this H and M alternative is headquartered in London, UK. You can also find world-famous brands e.g. Adidas, Calvin Klein, Escapology and Wonderbra etc. at Topshop for up to a 70% discount.

Urban Outfitters is a world-famous chain of clothing retailers that was founded in 1970. Headquartered in Philadelphia, Urban Outfitters is a great alternative to H and M to buy affordable clothing, undergarments, accessories, cosmetics, footwear, and home décor products. With over 400 retail outlets, Urban Outfitters currently serves the United States, Canada, Belgium, Denmark, France, Germany, Ireland, Netherlands, Sweden, United Kingdom and Spain. Some of the best brands that feature on Urban Outfitters include Dockers, Dolce Vita, Nike, Ray-ban, and Levi’s.

American Eagle is a great alternative to H and M to buy Jeans, Polo Shirts, T-shirts, Sweatpants, Undergarments, and swimwear. This company was founded in the year 1977 and presently it is headquartered in Pittsburgh, Pennsylvania. American Eagle offers a complete range of Apparel, Accessories, Lingerie, Footwear, and Personal Care at very economical prices.

Charlotte Russe is a San Diego-based, privately owned chain of clothing stores that was founded in 1975. The company specializes in clothing and footwear for teenage girls and women in their early twenties. If you fall into their targeted age group, Charlotte Russe can be a good alternative to H and M for you.

Have you tried any of these H&M alternatives? What is your personal favorite store to buy clothing and accessories online? Do you know about some other clothing stores like H&M that sell high-quality clothing for low prices? I would love to read about them in the comments area below.