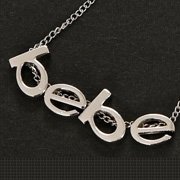 Bebe (or bebe stores Inc.) is an American chain of fashion retailers that specializes in clothing for women. Headquartered in Brisbane, California, Bebe Stores is a publically traded business that was launched in the year 1976. Presently, the company operates over 300 retail stores across the US. In the year 2015, Bebe Stores generated more than 1 billion US Dollars in annual sales. In this post I’m going to share some other very good clothing stores like Bebe. Some of these similar stores are cheaper while prices at other clothing stores are comparable or a little higher than Bebe Stores.

Whether you are a fan of classics or you love the trendy styles e.g. off-the-shoulder or tie-front dresses, I hope Lulu’s won’t let you leave their store empty handed. Like Bebe Lulu’s also offers abeautiful collection of denim, outerwear, swimwear and sexy lingerie. For a limited time, Lulu’s is offering up to 70% discount on tops, bottoms, accessories and jewelry.

BCBG is a great alternative to Bebe to buy designer fashion at affordable price. BCBG (short for a French Phrase) “Bon Chic, Bon Genre” was founded in the year 1989 by Max Ariza. Today, BCBG is a well-reputed member of the CFDA (Council of Fashion Designers of America). Fashion collection from BCBG was first presented at New York Fashion Week in the year 1996.

Forever 21 is another famous chain of retail stores and a good alternative to Bebe to buy trendy clothing, accessories and footwear for women. Forever 21 was founded in the year 1984 by Don Won Chang. In the year 2015, Forever 21 generated over 4.4 billion USD in annual sales.

Aéropostale is a famous American chain of clothing and accessories stores. A comprehensive range of casual and active-wear for guys and girls makes Aéropostale a very good alternative to Bebe. The primary audience of this clothing retailer ages between 14 to 40 years. Aéropostale was founded in the year 1973. Presently, the company operates some 860 retail stores across the United States, Canada, Mexico, UAE, Turkey, Ireland and many other countries.

Charlotte Russe is a great alternative to Bebe for teenage girls and women in their early twenties. Founded by Daniel Lawrence in the year 1975, Charlotte Russe is named after a famous French dessert. The most popular product categories at Charlotte Russe include Dresses, Tops, Jeans, Bottom, Lingerie and Swimwear.

Wet Seal is an American Chain of specialty stores that offers cost-effective and trendy fashion clothing for girls and young women. In addition to its in-house products, Wet Seal also sells clothing from other low-priced brands. Wet Seal is a good alternative to Bebe and I assure you that low-price doesn’t mean low quality.

American Eagle is a publically traded business that specializes in trendy clothing, stylish footwear and accessories for men and women. If you are interested in a Bebe alternative that offers good quality and reasonably priced range of clothing and footwear, American Eagle is highly recommended for you.  Headquartered in Pittsburgh, Pennsylvania, American Eagle presently operates over 950 retail clothing stores across the United States.

Have You ever purchased anything from any of these clothing retailers? If you know about some other good stores like Bebe, please don’t forget to share with us in the comments section below.