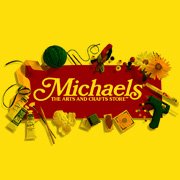 Michaels (or Michaels Stores Inc.) is an Irving, Texas based, American chain of Arts & Crafts stores that was founded in the year 1976. With over 1250 retail stores across the United States, Michaels is one of the leading suppliers of Arts & Crafts in the country. In this post I am going to introduce you to some of the best alternatives to Michaels Stores. All of these stores offer great quality Party Supplies, Arts & Crafts Supplies, School Supplies etc. at prices that are comparable to Michaels. Below is a list followed by some basic introduction and links to the official websites of Top 10 Stores Like Michaels.

Jo-Ann is a privately owned, Hudson, Ohio based company that specializes in Crafts and Fabrics. Founded in the year 1943, Jo-Ann operates more than 850 arts and crafts stores in the US. Some Jo-Ann stores also offer classes in many areas of crafting. These include knitting, crochet, quilting, sewing, painting, floral designs and scrapbooking.

Target (or Target Corporation) is the second largest American chain of retail stores. Headquartered in Minneapolis, Minnesota, Target is a publicly traded business that was founded in the year 1902. Target stores sell a wide range of products that includes (but not limited to), clothing, cosmetics, footwear, furniture & houseware, sport equipment, arts & crafts and a lot more. Such a huge variety of products & great prices make Target another very good alternative to Michaels.

Scrapbook was founded in the year 1999 by Jill Davis, a seasoned scrapbooking and paper-crafting expert. Presently, Scrapbook.com is one of the most visited paper-crafting sites across the web. Like Michaels Stores, Scrapbook is a great place to buy supplies for learning and information centers, bulletin boards and scrapbook ideas.

Amazon is the largest internet-based retailer on the planet. Headquartered in Seattle, Washington, Amazon was founded in the month of July, 1994. Every day, millions of people visit Amazon.com to buy almost everything you can find at Michaels Stores. In the year 2015, Amazon generated over 107 billion Dollars in annual sales.