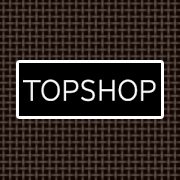 Topshop is a popular British fashion retailer that is privately owned and operated by the Arcadia Group. Founded in the year 1964, Topshop is headquartered in London, United Kingdom. The company is famous for its comprehensive range of clothing, shoes, and accessories by world-famous fashion brands. some of the best-selling brands at Topshop include Calvin Klein, Adidas, Escapology, and Wonderbra. In this post, I’m going to introduce you to some very good fashion stores like Topshop. Some of these alternative stores are cheaper, while prices at other clothing stores are comparable to Topshop.

Anthropologie is a subsidiary of Urban Outfitters that was founded in the year 1992. Headquartered in Philadelphia, Pennsylvania, Anthropologie is famous for its curated assortment of dresses and fashion accessories for women that makes it a great alternative to Topshop. Anthropologie also offers a huge variety of products for home furnishing and décor.

Asos is one of the major online retailers of fashion and beauty products. Headquartered in London, United Kingdom, Asos was founded by Nick Robertson in the month of June 2000. A collection of over 850 world-famous brands makes Asos another great alternative to Topshop. In the year 2015, Asos generated more than 1.6 billion American Dollars in annual sales.

H&M is the second largest clothing retailer on the planet and one of the cheapest alternatives to Topshop. Headquartered in Stockholm, Sweden, H&M was founded in the year 1947. Presently, H&M operates over 3700 retail stores in 60 countries. In the year 2015, H&M generated almost 170 billion SEK in revenue.

Zara is a subsidiary of the Inditex business group of Spain. Inditex is the world’s biggest fashion group that runs over 6600 clothing stores across the globe. Zara was founded in the year 1974. The company specializes in trendy clothing, footwear and accessories for men, women and kids. The quality of stuff and price range at Zara Stores is comparable to Topshop.

Free People is a famous American company that specializes in Apparel, Shoes, Intimates, Swimwear and Accessories for women. All of the products offered at Free People are reasonably priced, and are of very good quality. Free People is wholly owned and operated by Urban Outfitters. The headquarter of Free People is located in Philadelphia and the company was founded by Richard Hayne in the year 1984.

Urban Outfitters is a major retailer of trendy clothing, footwear, fashion accessories, beauty products and home furnishing goods in the United States. The huge variety of high quality and affordable products makes Urban Outfitters a great alternative to Topshop. Founded by Richard Hayne in the year 1970, Urban Outfitters is headquartered in Philadelphia, Pennsylvania.

Forever 21 is another famous chain of retail stores and a cheap alternative to Topshop to buy trendy clothing, accessories and footwear for men and women. Forever 21 was founded in the year 1984 by Don Won Chang. In the year 2015, Forever 21 generated over 4.4 billion USD in annual sales.

Have you already tried one or more of these similar stores? Do you know about some other good stores like Topshop that you would like to share with the audience of this page? Please share your shopping experience in the comments section below.