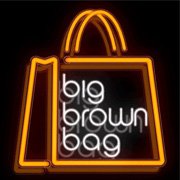 Bloomingdale’s is a wholly-owned subsidiary of Macy’s Inc. and it was originally founded in the year 1861. Headquartered in New York City, Bloomingdale’s operates a chain of upscale department stores across the United States. Bloomingdale’s is famous for its finest quality collection of clothing, shoes, high-end leather goods, accessories, and home decor products. In this post, we are going to introduce you to some of the best department stores like Bloomingdales. All of these stores offer similar quality products designed by world-famous fashion designers. Below is a list followed by some basic introduction and links to the official websites of Top 10 Stores Like Bloomingdales.

Barneys is another very good alternative to Bloomingdales. Headquartered in New York City, Barneys is an American chain of upscale department stores. The first-ever Barneys Store was opened in the year 1923. Like Bloomingdales, Barneys showcases an impressive collection of designer handbags, leather goods, luxury clothing, and shoes for men and women.

Dillard’s is a publicly-traded business that was founded in the year 1938. Headquartered in Little Rock, Arkansas, Dillard’s presently operates over 330 department stores across the United States. Like Bloomingdales, Dillard’s is a good place to buy clothing, shoes, bags, beauty products, and accessories for women, juniors, men, and kids.

Revolve is an internet-based, privately-owned clothing store that was founded in the year 2003. Headquartered in Cerritos, Revolve specializes in Trendy Clothing, Shoes, and Fashion Accessories for Men, Women & Kids. Some of the featured brands at Revolve Clothing include BCBG, Free People, Mara Hoffman, Canada Goose, Filson & Stussy.

Lord & Taylor > #6, The Oldest Chain of Department Stores in The United States

Lord & Taylor is known to be the oldest chain of department stores in the United States. Headquartered in New York, Lord & Taylor was originally founded in the year 1826. In addition to clothing, footwear, and accessories, Lord & Taylor Stores also offer a good variety of classy perfumes, electronics, and housewares.

Alice & Olivia > #7, Save on Authentic Fashion Brands for Men & Women

Alice & Olivia can be another good alternative to Bloomingdale to buy designer clothing for women. headquartered in New York, the first Alice & Olivia store was launched in the year 2002. The company is operated by a team of fashion fanatics led by world-famous fashion designer Stacey Bendet.

Nordstrom is a popular American chain of retail stores that specializes in upscale clothing, footwear, jewelry, and home furnishing goods. Headquartered in Seattle, Washington, Nordstrom was founded in the year 1901. Presently, Nordstrom operates 118 retail stores across the United States. In the year 2015 alone, Nordstrom generated more than 14.5 billion American Dollars in annual sales.

Eileen Fisher is a high-end American fashion brand that was founded with just USD 350 in startup money in 1984. In 2015, Eileen Fisher generated more than USD 300 Million in annual sales. Presently, Eileen Fisher has almost 60 retail stores in the United States, Canada, and United Kingdom.

Farfetch is a Portuguese fashion retailer that features clothing, shoes, accessories, and jewelry from luxury brands. Farfetch is a great alternative to Bloomingdales to buy up-to-the-minute styles for men, women, and kids. Presently, Farfetch ships its products to more than 190 countries across the globe.