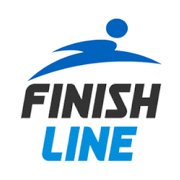 Finish Line is a publicly traded American company that operates a network of over 660 retail stores. Headquartered in Indianapolis, Indiana, the first Finish Line store was launched in the year 1976. The most popular categories at Finish Line Stores include Athletic Shoes, Activewear and accessories. In this post, I am going to introduce you to some of the best stores like Finish Line. All of these stores offer similar quality sports shoes and clothing through their brick-and-mortar stores and eCommerce websites. Below is a list followed by some basic introduction and links to the official websites of Top 10 Stores Like Finish Line.

Moosejaw is a privately owned chain of retail stores that specializes in clothing and outdoor recreation goods. Moosejaw offers a huge collection of gear, mainly for rock climbing, camping, snowboarding and camping. Headquartered in Madison Heights, Michigan, Moosejaw was founded in the year 1992. Presently, the company operates 11 brick-and-mortar stores and a full-featured eCommerce store that gives you the option to shop from the convenience of your home.

Foot Locker is a Midtown Manhattan, New York based chain of retail stores that sells athletic footwear and activewear. Founded in the year 1974, Foot Locker operates over 3500 sportswear stores in 20 countries across the world, making it one of the best alternatives to Finish Line. Last year, Foot Locker generated more than 8 billion US Dollars in revenue.

Campmor is a privately owned, Mahwah, New Jersey-based company that sells outdoor gear, tents, sleeping bags, outdoor clothing, and shoes. In addition to its in-house products, Campmor showcases many other popular brands including Coleman, Columbia, Marmot, Merrell, Oakley, Patagonia, Spyder, and many others. The company’s eCommerce store gives you the option to shop from the convenience of your home. Campmor was founded in the year 1978.

REI is a Washington based chain of retail stores that offers high-quality clothing, footwear, and sporting equipment (e.g. for cycling, for camping and for snowboarding, etc.). REI can be a great alternative to Finish Line for you to buy great quality sports shoes and activewear for men, women, and kids.

Pacsun (originally Pacific Sunwear) is another affordable alternative to Finish Line. Pacsun is famous for its unique range of casual clothing, inspired by the youth-oriented culture and lifestyle of California. Pacsun is a publicly-traded company that was founded in the year 1980. Presently, Pacsun employs over 10,300 people in some 650 retail stores across the United States and Puerto Rico.

Amazon is the largest internet-based retailer on the planet. Headquartered in Seattle, Washington, Amazon was founded in the month of July 1994. Every day, millions of people visit Amazon.com to buy almost everything you can find at Finish Line Stores. In the year 2015, Amazon generated over 107 billion dollars in annual sales.

Zappos is wholly owned and operated by Amazon. Headquartered in Las Vegas, Zappos is a famous online retailer that offers a wide range of clothing, footwear, and accessories for men, women, and kids. Some of the most popular accessories at Zappos include Wrist Watches, Gloves, Belts, Scarves, Wallets, and Handbags. If you are looking for an all-in-one alternative to Finish Line, I hope you’ll love to shop online at Zappos.

Skechers is a publicly-traded American apparel and shoe company with a prime focus on performance footwear for men, women and kids. Headquartered in Manhattan Beach, California, Skechers was founded in the year 1992. The company owns and operates over 500 retail stores. Skechers is a good alternative to Finish Line to buy all kinds of athletic shoes and streetwear.

Flight Club is known to be one of the best Sneaker Marketplaces in the United States. Headquartered in New York City, Flight Club opened its first retail store in the month of April 2005. One of the best things about Flight Club is, they sell 100% guaranteed authentic merchandise. Flight Club stores also feature a good collection of streetwear.