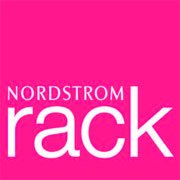 Nordstrom Rack is famous American chain of off-price stores that offers designer dresses, shoes, handbags and accessories for up to 70% discount. Headquartered in Seattle, Washington, the first-ever Nordstrom Rack store was opened in 1973. Nordstrom Rack is owned and operated by Nordstrom (a major chain of retail clothing stores). In this post, I’m going to introduce you to some of the best alternative stores like Nordstrom Rack. These stores (sometimes) offer more discount on similar products and majority of them gives you the option to shop online from the convenience of your home with free shipping.

Last Call can be a cheap alternative to Nordstrom Rack in many cases. Last Call is wholly owned and operated by Neiman Marcus. Last Call offers Designer Handbags, Dresses, Shoes, Jewelry & Accessories at ridiculously low prices. You can also sign up for their email list to get free updates and a discount coupon of USD 10.

HauteLook is a major (members only) eCommerce website that runs flash-sale and limited-time sale events. Like Nordstrom Rack, HauteLook is also owned and operated by Nordstrom, a Los Angeles, California based upscale clothing retailer. While its not a direct competitor, but HauteLook can be great alternative to Nordstrom Rack to buy top brands in women’s, men’s and kid’s fashion at lowest possible prices. HauteLook also offers an impressive variety of name brand jewelry, accessories, cosmetics and decorative stuff for up to 75% off retail prices.

Zulily is one of the biggest Flash Sale Websites and can be a very good alternative to Nordstrom Rack. Headquartered in Seattle, Washington, Zulily was launched in the year 2009. Presently, Zulily is owned and operated by QVC. Zulily offers daily deals on a huge number of brands for moms, babies, men and kids. Zulily also offers a variety of branded housewares for up to 70% discount.

Macy’s is one of the oldest and very popular American chains of mid-range department stores that was founded in the month of October 1858. Headquartered in New York, United States, Macy’s, presently operates some 800 discount fashion clothing stores across the United States. Macy’s stores primarily sell clothing, footwear, fashion accessories, bedding and so much more. in many cases, Macy’s can be a good and cheap alternative to Nordstrom Rack.

By retail sales, Kohl’s is the second largest chain of department stores and a publicly traded company in United States. Kohl’s was founded in the year 1962. The company offers a huge variety of discounted clothing, footwear, bedding, furniture, jewelry, cosmetics, electronics and housewares in some 1100 stores across the country. Headquartered in Menomonee, Wisconsin, Kohl’s Stores generated almost 19 billion US Dollars in revenue in 2017.

TJ Maxx is one of the major off-price clothing stores in the United States. The company is a subsidiary of TJX Companies, that was founded in the year 1976. Headquartered in Framingham, Massachusetts, United states, T. J. Maxx, presently operates almost 1200 department stores (in 2017) across the United States. T. J. Maxx is a great alternative to Nordstrom Rack to buy discounted clothing, shoes, bedding, furniture and giftware.

Like T. J. Maxx, Marshalls is another chain of off-price stores that is owned and operated by the same parent TJX Companies. Marshalls has 1100 branches across the United States and Canada. In my opinion, Marshalls could possibly be the cheapest alternative to Nordstrom Rack to buy branded clothing, footwear, jewelry, beauty products and fashion accessories.

Dillard’s is a publicly traded business that was founded in the year 1938. Headquartered in Little Rock, Arkansas, Dillard’s presently operates over 330 department stores in 29 states of the United States. Like Nordstrom Rack, Dillard’s is a good place to buy discounted clothing, shoes, bags, beauty products and accessories for women, juniors, men and kids.

While Nine West is not a direct competitor, but it can be a good place to buy many products that are similar to what Nordstrom Rack Stores offer. Presently headquartered in White Plains, New York, United States, Nine West was founded in the year 1973 in Manhattan, New York City. Nine West offers shoes, handbags, sunglasses, scarves and much more at wholesale prices.