10 Stores Like Maurices to Shop Women’s Plus Size Clothes 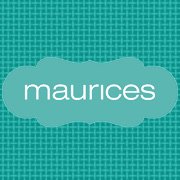 Maurices is an American, women’s clothing specialist company that was founded in the year 1931. Headquartered in Duluth, Minnesota, Maurices operates over 900 retail stores across the United States and Canada. The most popular product categories at Maurices Stores include a vast variety of Jeans, Tops, Bottoms, Active Wear, Outerwear and Shoes for Women. In this post, I am going to introduce you to some other similar stores like Maurices. Some of this alternative stores are cheaper than Maurices, while prices at other clothing stores are comparable. Keep reading to discover top 10 stores like Maurices.

Lane Bryant is an American chain of clothing stores that is famous for its comprehensive range of plus-sized clothing for women. Lane Bryant is wholly owned and operated by the Ascena Retail Group. The company ships its high quality products e.g. casual clothing, dresses, perfumes and footwear to more than 150 countries around the world.

Rue 21 (previously Pennsylvania Fashions Inc.) is an American chain of retail stores that specializes in stylish clothing for teenagers and men & women in their early twenties. Headquartered in Warrendale, Pennsylvania, Rue 21 is a privately owned business that was founded in the year 1976. Presently, the company operates over 1100 retail stores across the United States. The price range and quality of stuff at Rue 21 is comparable to Maurices.

Torrid > #4, Plus Sized Clothing for Women

If you are looking for a good alternative to Maurices that specializes in plus-sized clothing for women, try Torrid. This company is actually a wholly owned subsidiary of Hot Topic. Torrid is headquartered in California and presently it operates over 300 retail clothing stores across the United States. In the year 2015, Torrid stores generated more than 800 million US Dollars in annual sales.

American Eagle is a publically traded business that specializes in trendy clothing, stylish footwear and accessories for men and women. If you are interested in a Maurices alternative that offers good quality and reasonably priced range of clothing and footwear, American Eagle is highly recommended for you.  Headquartered in Pittsburgh, Pennsylvania, American Eagle presently operates over 950 retail clothing stores across the United States.

Charlotte Russe is another great alternative to Maurices Stores for teenage girls and women in their early twenties. Founded by Daniel Lawrence in the year 1975, Charlotte Russe is named after a famous French dessert. The most popular product categories at Charlotte Russe include Dresses, Tops, Jeans, Bottom, Lingerie and Swimwear.

Buckle is an American chain of fashion retailers that specializes in clothing and accessories for men and women in their early twenties. Headquartered in Kearney, Nebraska, Buckle was founded in the year 1948. Presently, Buckle operates almost 500 retail stores across the United States. In the year 2015, Buckle Stores generated over 1.3 billion American Dollars in revenue.

Aéropostale is a famous American chain of clothing and accessories stores. A comprehensive range of casual and active-wear for guys and girls makes Aéropostale a very good alternative to Maurices. The primary audience of this clothing retailer ages between 14 to 40 years. Aéropostale was founded in the year 1973. Presently, the company operates some 860 retail stores across the United States, Canada, Mexico, UAE, Turkey, Ireland and many other countries.

Wet Seal is an American Chain of specialty stores that offers cost-effective and trendy fashion clothing for girls and young women. In addition to its in-house products, Wet Seal also sells clothing from other low-priced brands. Wet Seal is a good alternative to Maurices and I assure you that low-price doesn’t mean low quality.

Deb Shops is the last entry on my today’s post as an alternative to Maurices. Founded in the year 1932, Deb Shops is headquartered in Philadelphia, Pennsylvania. In addition to a fairly-priced range of clothing, Deb Shops also offers a good range of shoes, bags and accessories including Jewelry, Headwear, Socks, Scarves and Sunglasses.

Have you already tried one or more of these alternative stores? Which one? How was your overall shopping experience? I would love to know about that. Moreover, please don’t forget to share, if you know about some other good stores like Maurices.