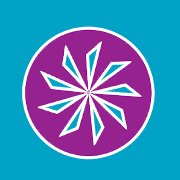 Athleta is a famous American company that specializes in premium quality fitness apparel for women. Headquartered in Petaluma, California, Athleta is wholly owned and operated by world-famous clothing company, Gap Inc. The company was founded in the year 1998 and presently, Athleta operates over 100 retail stores across the United States. In this post, I am going to introduce you to some very good alternatives to Athleta. Some of these stores might be a bit expensive, but the price range at most stores is low or comparable. Below is a list, some basic introduction and web addresses to Top 10 Stores Like Athleta.

Gap Inc., commonly known as Gap is a world-famous clothing and accessories retailer. Headquartered in San Francisco, California, Gap was founded in the year 1969. Some of the most popular product categories at Gap Stores include Jeans, Cotton Trousers, Shorts, Casual Shirts, T-Shirts, Polos, Sweaters and Activewear. In the year 2015 Gap generated almost 17 billion American Dollars in annual sales.

Old Navy is one of my favorite retailers of clothing and accessories for men, women, girls, boys, kids and toddlers. Additionally, Old Navy also offers the same quality of active-wear like Athleta. The company is owned by world-famous GAP Inc. Old Navy is the first American Retailer to cross USD 1 billion in revenue within 4 years after the launch.

Banana Republic > #3, Another Sibling of Athleta

Banana Republic is another division of world-famous apparel company Gap Inc. Banana Republic was founded in the year 1978. The company offers an impressive collection of clothing for men and women that include sportswear, formalwear, casualwear, polos, t-shirts, sweaters, office pants, jeans, blouses, skirts, suiting and a lot more. Banana Republic also offers a good collection of footwear and jewelry.

Lululemon (originally Lululemon Athletica) is a publically traded company that was founded in the year 1998. Headquartered in Vancouver, British Columbia, Canada, Lululemon is a great alternative to Athleta to buy athletic apparel and accessories. In the year 2015, Lululemon Athletica generated over 1500 million American Dollars in annual sales.

J Crew is one of the major American retailers that offer premium quality clothing, sportswear, shoes and accessories for men, women and kids. J Crew was founded in the year 1983 by Emily Scott. The headquarter of J Crew is located in New York, United States. The price range of sports clothing at this store might be a bit higher than Athleta. But I assure you, the quality of stuff at J Crew will never disappoint you.

Lands’ End is another good alternative to Athleta that specializes in clothing, active-wear and footwear for men, women and kids. Some of the other popular categories at Lands’ End include home decor, beach towels, hats and school uniforms. Headquartered in Dodgeville, Wisconsin, United States, Lands’ End was founded the year 1963. In addition to the US stores, Lands’ End also operates several retail outlets across the United Kingdom, Germany, Japan, France and Austria.

Lucy Activewear is a subsidiary of VF Corporation that was founded in the year 1999. Lucy is another good alternative to Athleta for women to buy activewear specially, clothing intended for use during Yoga. Presently, Lucy Activewear operates 60 retail stores across the United States. In the year 2015, Lucy Activewear stores generated over 500 million US Dollars in annual sales.

LL Bean is a famous American retailer of high quality clothing, shoes, activewear, outdoor gear and much more. The company ships its products to over 100 countries across the globe. LL Bean was founded in the year 1912. Presently, the headquarters of LL Bean are located in Freeport, Maine, United States.

REI is a Washington based chain of retail stores that offers high quality clothing, footwear and sporting equipment (e.g. for cycling, for camping and for snowboarding etc.). REI can be a great alternative to Athleta for you to buy latest gear, active-wear, high quality cold weather boots and clothing for men, women and kids.

Have you ever tried any of these similar stores to buy active-wear or sporting equipment? Moreover, if you know about some other good stores like Athleta, please don’t forget to share in the comments section below.